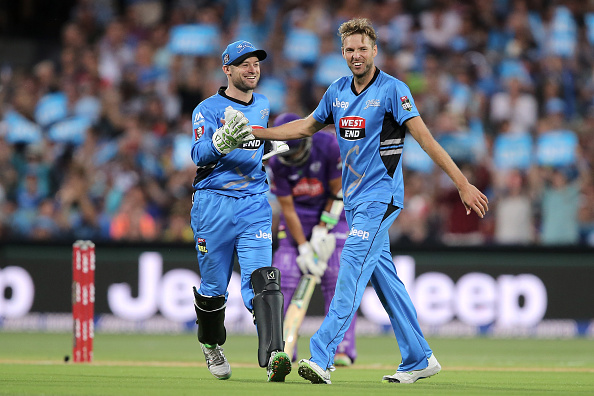 Details for first semi final of BBL05 have been confirmed.

The Adelaide Strikers will host the semi at the Adelaide Oval next Thursday night on January 21.

The second semi final will be played at either the WACA or the MCG on January 22.

"We have been in discussions with the South Australian government and Network Ten around logistics of staging such a major Big Bash League match at the same time as the Tour Down Under in Adelaide," Head of the Big Bash League Anthony Everard said.

"Their feedback to us is to bump in any infrastructure as early as possible, so we have decided to schedule the Strikers home Semi Final on Thursday 21st January, irrespective of whether they finish the regular season first or second on the ladder.

"The other BBL clubs in contention to host the other semi-final have been supportive of this scheduling decision,"