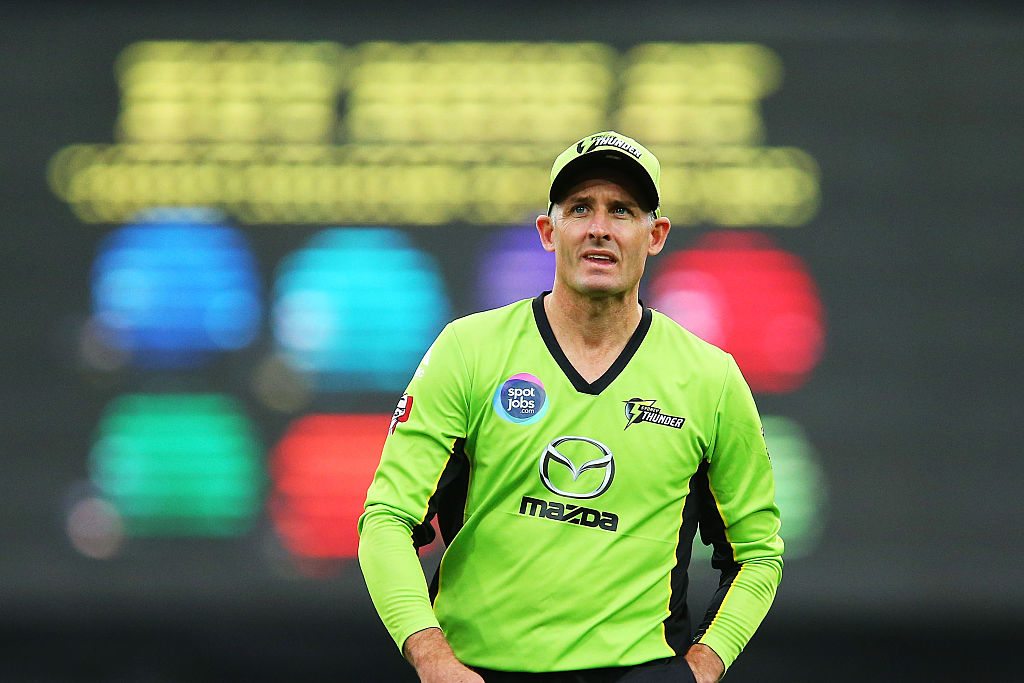 Former Test great Michael Hussey has been tipped to become the stand-in coach for Australia during their T20 International series against Sri Lanka in February.

Australian head coach Darren Lehamnn will be in India preparing for Australia's four-Test series that begins late February, and with the two series' overlapping, the T20 is in need of a coach.

According to a Fairfax report, Hussey is leading Jason Gillespie, Ricky Ponting and Shane Warne in the race for the caretaker position, as the 41-year-old looks to stay involved in the game.

The former Test star is now the director of cricket at the Sydney Thunder, although earlier in 2016 Hussey said coaching was on his radar.

"I’m already interested in it (coaching), definitely, but I’m not sure I’m keen to be in it in a full-time capacity because if you’re with an international team you’re pretty much on the road for 10 months a year and that’s certainly one of the reasons why I retired," Hussey said in March.

"It’s certainly not something that I’m in the short term looking to get back into on a full-time basis, but perhaps down in the future and certainly coming in as a consultant type and helping out for a few weeks here or there, is something that’s really interesting."