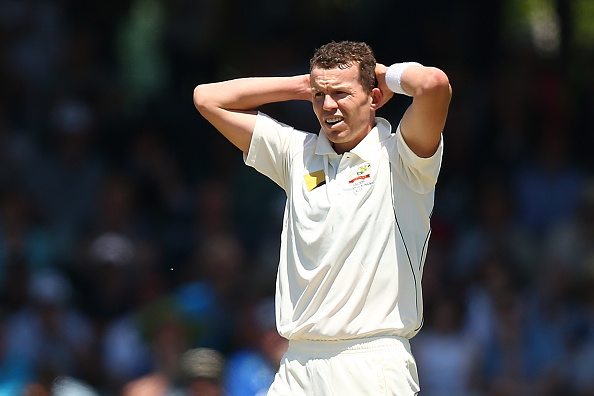 Peter Siddle's last match was the first Test against South Africa in early November, but adter planning to return just after Christmas, Siddle is looking at some extended time on the sidelines.

After suffering a stress fracture in his back that kept him out of eight months of cricket earlier this year, a related back injury has seen him sidelined since the first Test, and that will now carry well into BBL06.

"He won't be available for selection for probably the first half of the tournament ... his back hasn't fully recovered at this stage," Melbourne Renegades captain Aaron Finch said.

Melbourne are hoping Siddle can get back in time to make an impact during the Big Bash season, and Finch says when Siddle gets the all-clear, he's too good to leave out of the side.

"We'll cross that bridge when it comes [Siddle's return], but Sidds is a world-class bowler," he said.

"He's showed when he has played for the Renegades and in all T20 he's a star performer, so I'm sure that if he becomes available for selection he'll fit in there somewhere."

Renegades teammate James Pattinson echoed Finch's sentiments, and believes Siddle will get back to the peak of his powers when he returns from injury.

"Someone of his calibre is definitely going to fit into the team when he's fit," Pattinson said.

"It's a bit disappointing for Sidds to get back and and look so good for a while there, and then to get a bit of a back niggle. It's not fantastic but it's not as bad as it could have been.

"He bowled quite well in Perth off not much cricket. So there's always opportunities with fast bowlers. There's always injuries and rotations, so I can definitely see him playing Test cricket again."