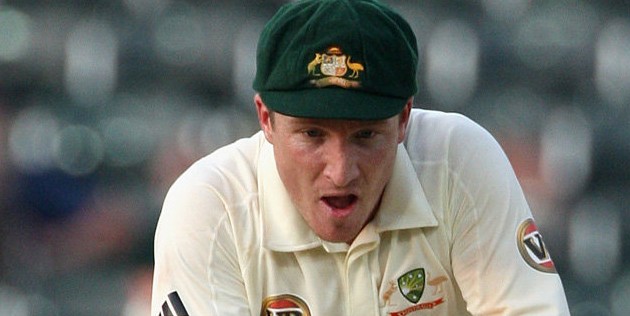 Australian wicketkeeper Brad Haddin is expected to play in Australia's tour match against Derbyshire as he looks to reclaim his spot for the third Test.

Debutant Peter Nevill came into the side and looked at home, making an impressive quick fire 45 and taking seven catches, a record for a wicketkeeper on Ashes debut.

Coach Darren Lahmann said the tour match will play a part in the selection process for the third Test.

"Selection's always difficult, so Rodney and I will have to sit down and work out which way we go," Lehmann said.

"We have to get Brad back playing cricket before we cross that bridge, if that makes sense. Just trying to work out what happens moving forward and hopefully he'll be available for the Derby game."

"For us we were really pleased with both performances from Mitchell and Peter, I thought they did a really good job for us and injected some enthusiasm in the group, played really well and did their job, which was pleasing for us."