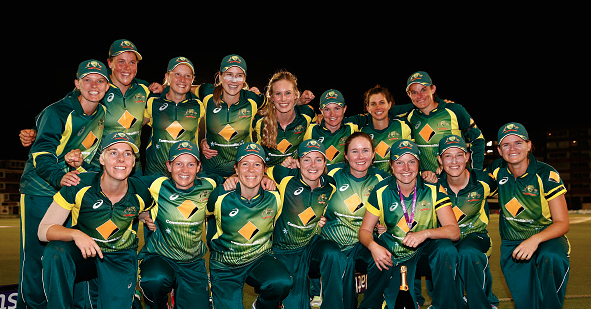 Australia has won the second T20 against England to regain the women's Ashes and it was thanks to the Stars' "killer instinct," according to all-rounder Elysse Perry.

Perry was the stat for Australia, taking 2-13, including two two wickets in two balls in the third over to help set the tone for the tourists.

“The whole team has got a killer instinct to be honest,” Perry told Sky Sports after the match. “To take five wickets in the first six overs was a dream start, it was exactly what we needed to do.

“I think we felt we needed to take 10 wickets in less than 20 overs to win the game, and it’s so amazing how well everyone bowled and fielded today – so much better than last game.

“It’s unbelievable, especially to win in that fashion.

“England couldn’t have bowled much better than they did today again, and for us to come out and do that, it’s probably the most special win I’ve been involved in, and it really says a lot about the character of the side.”

Despite the Ashes being wrapped, there is still one match to play, with the final T20 to be played on Monday.