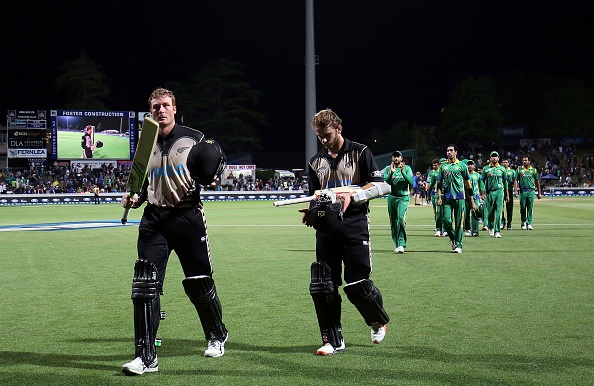 Martin Guptill made 87 and Kane Williamson 72 in an unbroken record partnership of 171 that steered New Zealand to a 10-wicket win over Pakistan in the second Twenty20 cricket international on Sunday, leveling the three match series at 1-1.

New Zealand took four leg byes from the fourth ball of the 18th over to win the match with eight balls to spare.

In doing so Guptill and Williamson surpassed the Twnety20 record partnership for all wickets against all nations that had been held for South Africa by Graeme Smith and Loots Bosman at 170.