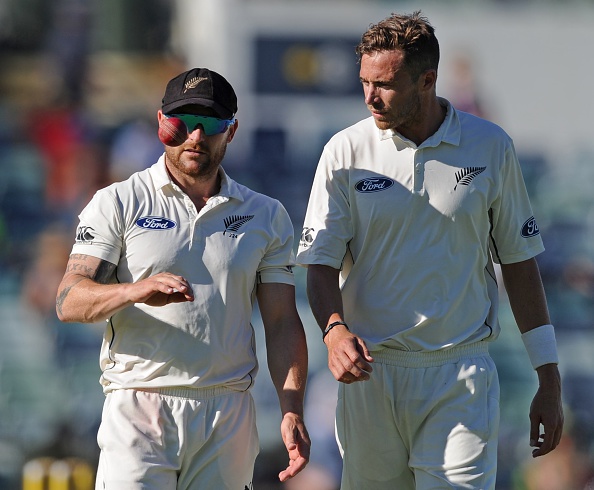 New Zealand skipper Brendon McCullum is set to retire from Test cricket next year, making him even more desperate for revenge over Australia in their return bout in February.

McCullum will put country before cash this summer and not play for the Brisbane Heat in the Big Bash, replaced by West Indian T20 specialist batsman Lendl Simmons.

The Kiwi captain will play home Tests against Sri Lanka, before readying himself for two return Tests against the Aussies across the ditch.

He may also head to the World T20 in India to March as the Black Caps look to go one better than their World Cup final appearance.

But sources have told The Courier-Mail that McCullum will retire from Test cricket next year, potentially after the series against Australia.

The 34-year-old may consider stepping down from other forms of international cricket and becoming a roving T20 specialist.