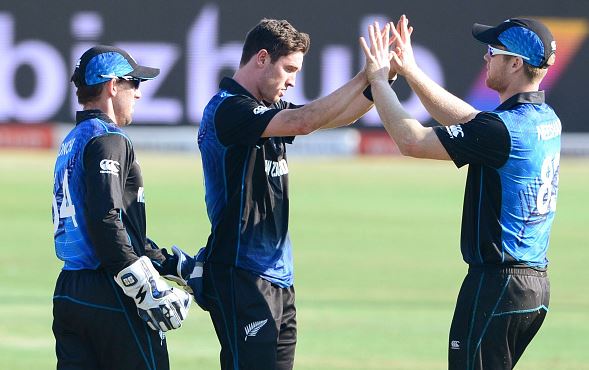 New Zealand has suffered another injury blow ahead of the third and final ODI against South Africa on Wednesday.

The Black caps need a win to hang on to the world No. 3 ranking, but will have to try to do so without all rounder Jimmy Neesham, after was ruled out with a persistent back injury.

Neesham also missed the eight wicket win over the Proteas on Sunday with the injury.

It is a major concern for the 24-year-old, after he spent six months on the sidelines earlier this year recovering from stress fractures in his back.