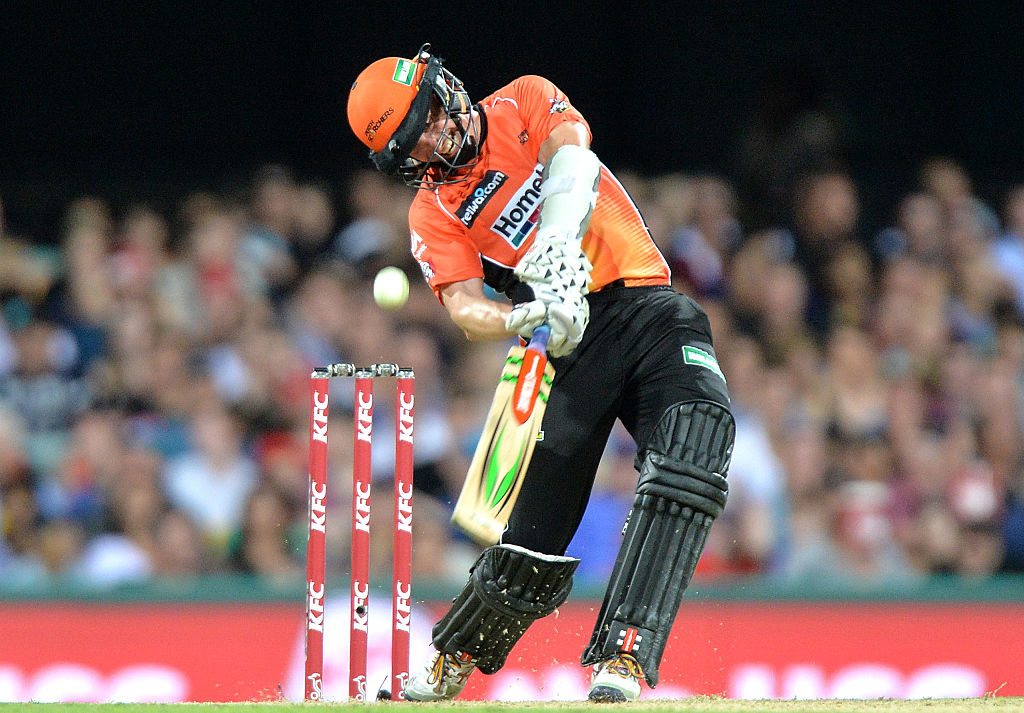 Michael Klinger was the standout performer in the low scoring contest between the Scorchers and the Heat, as the BBL veteran smashed 81 runs in a Man-of-the-Match performance.

The Scorchers were sent in to bat and started off a touch shaky, as Shaun Marsh fell in the second over for just eight runs.

Sam Whiteman took his spot at the crease and copped a nasty blow to the head in the third over, and the wicketkeeper-batsman was dismissed soon after.

Whiteman was ruled out for the remainder of the match due to delayed concussion, as Cameron Bancroft took the gloves for Brisbane's innings.

Ian Bell and Ashton Turner came and went will relative ease for Perth, but Klinger was firing alongside all of his teammates and didn't let up for the entirety of his innings.

He was caught on the rope in the 19th over but the damage had already been done, as Klinger blasted 81 from 54 balls to lead the Scorchers to a total of 5/156.

Despite the absence of Chris Lynn, Brisbane would have felt relatively confident in chasing down the total, but their innings started in the worst was possible after Jimmy Peirson fell to Mitchell Johnson with the third ball of the opening over.

Johnson had his second just two overs later, as he removed Sam Heazlett to leave the Heat struggling early at 2/18.

Heat captain Brendon McCullum was the man most thought was likely to carry the Heat through their chase, but the skipper was caught at long on by Ashton Agar on just 15.

Joe Burns and Alex Ross combined for 43 runs to give Brisbane some hope once again, but a superb catch from Agar this time saw Burns on his way, and at 4/69 the Heat were under the pump.

Brisbane failed to recover and were bowled out with four balls to spare, but not before Andrew Tye could create history.

The paceman became just the second player in Big Bash League history to record a hat-trick, joining former Hobart spinner Xavier Doherty who achieved the feat in the inaugural season of the league.

Tye's hat-trick was an unusual one however, as he dismissed Jack Wildermuth with the final ball of his third over, before taking Mitchell Swepson and Mark Steketee with the first two balls of his fourth over.

The feat surprised Tye himself, as the paceman admitted after the game that he didn't realise he had one until after the third wicket.

Perth's 27-run win moved them up into first place on the BBL ladder, as the Heat dropped down to second following the loss.

Far and away the best player on the ground, Klinger's massive 81-run innings set the tone for the match and was a massive factor in Perth's victory.

Tye's hat-trick helped the fast bowler achieve figures of 4-22 from just 3.2 overs, and took the big wicket of Joe Burns along with the tail-enders.

It's quite unusual to see a maiden over in T20 cricket, but Johnson got himself one on Wednesday night, and bowled well to finish with figures of 2-25, including the opening two wickets of the innings to put Brisbane on the back foot early.