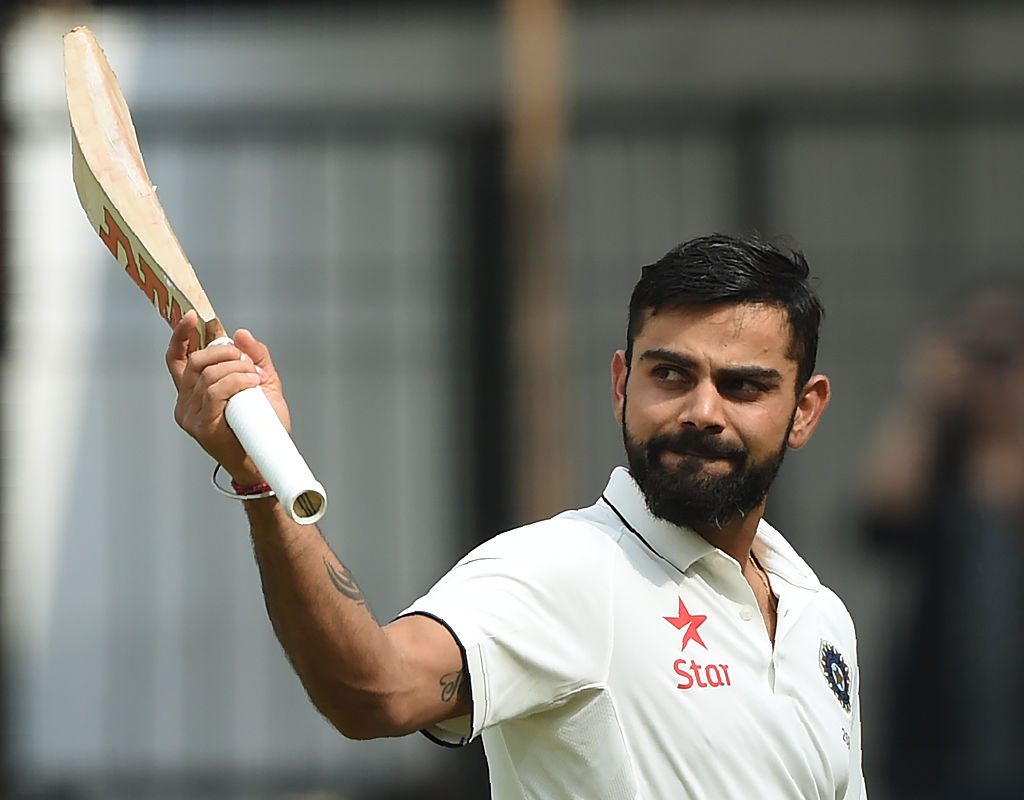 England declared late on day five and went at India for 50 overs in a bid to claim a first Test win, but the hosts held on as the Test match ended in a draw.

After first innings scores of 537 and 488 to England and India respectively, Alistair Cook's second innings score of 130 led the visitors to a lead of 310, as Cook declared early in the hope of stealing a win at Rajkot.

India fell to 6/132 with 10 overs to spare as England gave themselves an opportunity to win the Test, but a strong 40-run partnership from captain Virat Kohli and Ravindra Jadeja saw the match end in without a winner.

Despite seemingly hanging on for a result Kohli didn't have an issue with his side's performance, praising India for grinding out the match with their backs against the wall.

"At least we now know how to draw games," said Kohli.

"Earlier people were sceptical whether we could draw games because we either won or lost.

"As I told Jadeja in the middle, this was an opportunity to improve another aspect of our game. We will have these situations again in the future. We will need to show intent and character like we did today.

"It was a challenging situation but one which I thought we handled pretty well. It was an opportunity to learn how to play in these situations. As a team you learn when to switch gears, trust your game and slow the match down."

England will take a lot of confidence from the opening Test despite the result, after big batting displays in both innings and a nervy final session for the hosts all went England's way.

Kohli didn't see the game the same way however, and refused to compliment England on their performance.

"They did not outperform us," Kohli said.

"If they had, they would have won the game.

"Apart from dropping a few catches on day one, we did quite well through the Test. Even with just five specialist batsmen, we got almost 500 runs.

"We had our bases covered because we knew both Ashwin and wicketkeeper Wriddhiman Saha could contribute useful runs and Jadeja was playing on his home ground where he had got a lot of big scores.

"We would probably still continue the option of playing five bowlers and keep the pressure on the opposition."