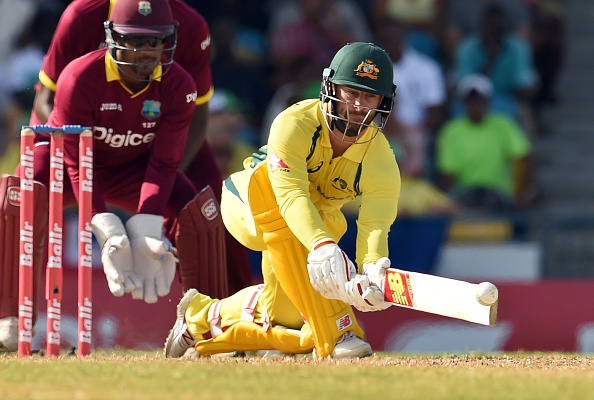 Wade scored an impressive and match winning unbeaten 57 against the West Indies to help Australia win the ODI tri-series on Monday morning AEST.

While earning praise from Langer for his batting, Wade was also urged to keep working hard on his glove work.

“What often happens is that you only highlight the mistakes, but you don’t notice him very often and that’s a really good sign,” Langer said.

“As long as he keeps working.

“My advice to him, I was very lucky to play with Ian Healy and Adam Gilchrist and they always had the best work ethic of anyone in the squad.

“I heard him say a couple of weeks ago to you guys (reporters) ‘Peter Nevill is obviously the best wicketkeeper in Australia’.

“Well, I’d like to think that Matthew Wade is aspiring to be the best wicketkeeper in Australia.

“If he has a Healy and Gilchrist work ethic, then there’s no reason why he can’t be the best wicketkeeper in Australia.

“But that’s up to him if he wants to really work at that.”