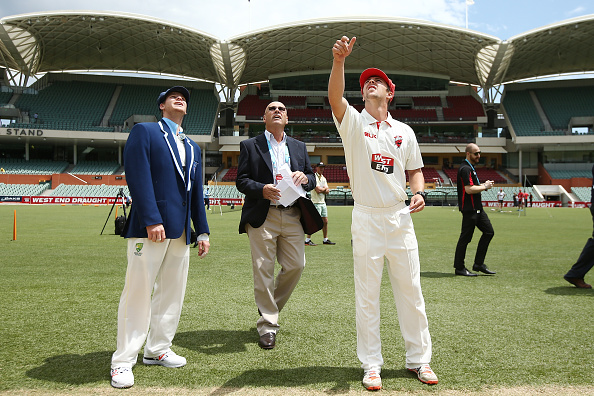 Lehmann has backed calls to scrap the coin toss at the start of Test matches, saying that it will stop wickets being prepared in favour of the home side.

“That is one that should definitely come in to cricket, where the opposition gets the right to choose what they want to do,” Lehmann said.

“I reckon it will stop all the wickets suiting the home team.

“But I’m open to all those sorts of things. Whatever makes the game better for the fans is pretty important.”

Lehmann also said he was a big fan of the day-night Test, after the success of last week's match in Adelaide.

“I thought it was a great concept,” he said.

“It was probably over a little bit quick for my liking in terms of the game but it was exciting for three days and it could have gone either way.

“Maybe a little less grass (on the pitch) and maybe get the ball a little bit darker in the seam, but it’s only a little bit of tweaking.

“I was quite impressed by it. I know the fans loved it ... we have just got to make it better.”