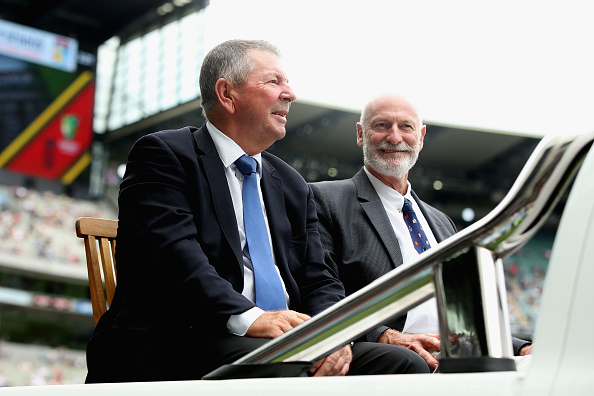 In an announcement which also promoted former Olympic swimmer Ian Thorpe, Lillee was added to the exclusive club which now totals 44 of Australia's greatest ever sporting performers.

Legend status within the hall of fame is the highest honour that can be placed on an Australian athlete from any sport, with it acknowledging true greatness.

Lillee is only the fourth cricketer to be bestowed with the honour, following in the footsteps of the great Sir Donald Bradman, Richie Benaud and Keith Miller.

Widely regarded as one of Australia's greatest ever fast bowlers, Lillee terrorised batsmen for 13 years in the Australian national side. He played a hand in the World Series Cricket revolution too, ending with 70 tests and 63 ODIs for his country.

He would take 355 wickets and Test level at an average of 23.92, and 103 wickets in ODI cricket at an average of 20.82, forming a fearsome duo to take the new ball for Australia with long-time teammate Jeff Thomson.

Lillee has since had one of the WACA's grandstands named after him alongside wicket-keeper Rod Marsh - the Lillee-Marsh stand - and has gone down in Australian cricket folklore as one of the best there ever was.

The now 72-year-old has still taken the fourth-most wickets in Australian Test cricket history, only behind Glenn McGrath (563 wickets) in the pace-bowling stocks, and the duo of Shane Warne (708 wickets) and Nathan Lyon (399 wickets) when it comes to spin bowlers.

Lillee is unlikely to be eclipsed from his fourth spot anytime soon either, with Mitchell Starc on 255 wickets, Josh Hazlewood on 212 and Pat Cummins on 164. At the ages of 31, 30 and 28, it's hard to see any of the trio eclipsing the difference in the time that remains in their careers to knock Lillee out of fourth spot.

The likes of Sir Jack Brabham (motor sport), Ron Barassi (AFL), Evonne Goolagong-Cawley (tennis), Betty Cuthbert (Athletics), Dawn Fraser (swimming) and Reg Gasnier (rugby league) are just some of the names who have had the honour placed upon them.