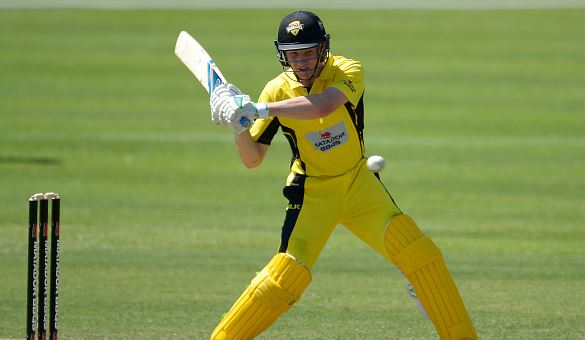 Cameron Bancroft and Shaun Marsh put on 216 for the first wicket, as Western Australia scored 4-350 off their 50 overs against South Australia, to kick off the domestic one-day competition in style.

Bancroft scored 176 from 155 balls, while Marsh scored 109 from 104 balls, to notch the highest opening stand for Western Australia in one-day domestic history. However, the pair fell short of the overall record stand of 280 set by Queensland.

Meanwhile, NSW have record an enormous first up win over the Cricet Australia XI.

The Blues scored 3-338, thanks to Aussie skipper Steve Smith, who scored an unbeaten 143 from 122 balls. Opener Nick Maddinson also notched a century, scoring 108 from 120 deliveries.

In reply, the Cricket Australia XI suffered a horrendous collapse, to be bowled all out for just 59 off 24.4 overs.

Tasmania also recorded a comfortable victory, bowling Queensland all out for just 196, with Hopes (34), Milenko (40) and Feldmen (33) the only players to score over 30.

In reply, Tasmania reached the target with the loss of just one wicket, Tim Paine, for 39.