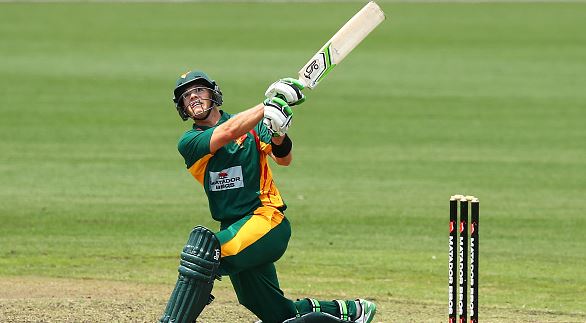 Tasmania batted first at Blacktown Oval, reaching 4-234 off their 50 overs, before dismissing South Australia for 141.

Tassie got off to a flying start, with opener Tim Paine and Ben Dunk producing a 134 run partnership for the first wicket, before Dunk was dismissed for 67.

However, the Tigers then lost Dom Michael for just four and George Bailey for just seven, to be 3-169 after 39 overs.

James Faulkner then combined with Tim Paine for a 61 run stand, to see Paine reach his fifth one-day domestic century.

Faulkner was removed for 32 off 38 balls in the last over of the innings.

Time Paine remained unbeaten on 109 from 141 balls, while Jake Doran was not out on three, as Tasmania set the Redbacks 235 for victory, on the slow Blacktown Oval pitch.

Richardson, Meanie, Head and Zampa each took one wicket.

In reply, South Australia was bowled all out for just 141.

Luderman was the first to go, caught behind for 21, while Ferguson was bowled by Faulkner for eight.

Head followed the very next over for 38, while Cooper came and went for just eight.

Raphael was then dismissed just three overs later for 20, with the Redbacks suffering a disastrous collapse after a seemingly impressive opening stand of 53.

Ross and Zampa then fell in successive overs to leave the Redbakcs 100 runs in a rears, with just three wickets remaining.

The last three wickets then fell for just eight runs, to complete a disappointing performance by the South Australians.

Evan Gulbis finished with bowling figures of 4-12 off 6.4 overs, while Rose took two wickets and Faulkner took one.