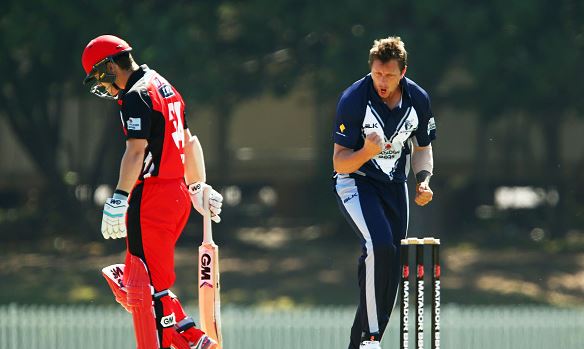 South Australia won the toss and elected to bat, before Victoria got off to the perfect start, with James Pattinson removing the in-form Travis Head for a duck with the third ball of the day.

SA then lost their last five wickets for just 55 runs, as the Vics bowled the Redbacks all out for 189 in the 50th over.

Stoinis finished with figures of 4-43, while Holland took two wickets and Maxwell, Boland and Pattinson each took one.

In reply, the Bushrangers were dismissed for 181, falling 17 runs short.