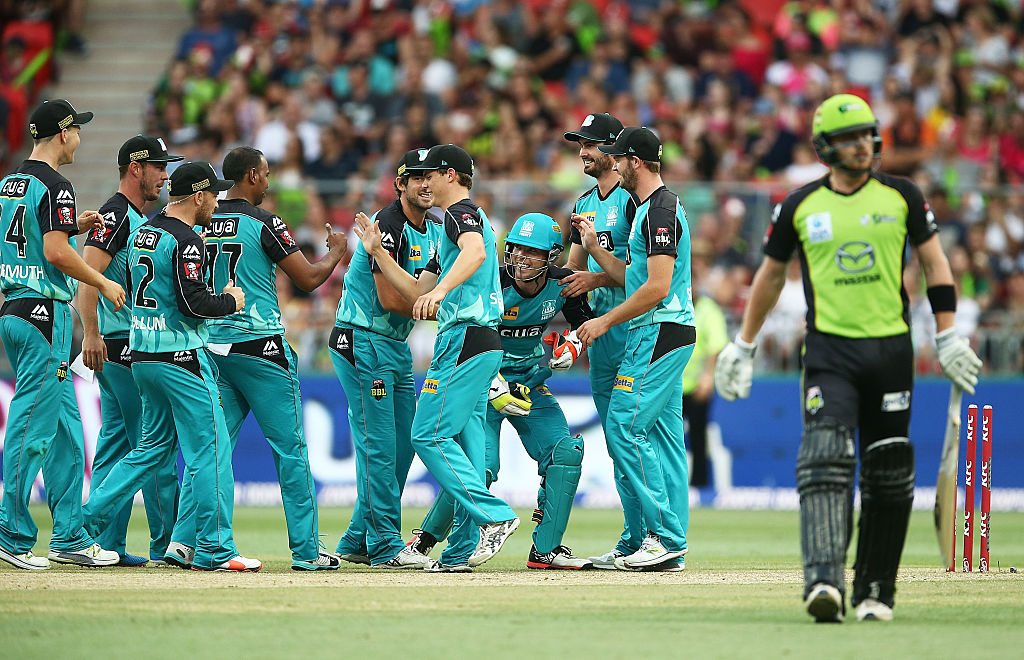 The defending champions have now started BBL06 with an 0-3 record, as a Chris Lynn-led-Brisbane Heat beat the Thunder by three wickets.

Lynn smashed an unbeaten 85 from 48 deliveries and was dropped on several occasions down the stretch as the Heat managed to chase down Brisbane's total with just two balls to spare.

Sydney were sent in to bat, but the quick wickets of Ryan Gibson and skipper Shane Watson for a duck saw them fall to 2/13 early.

Englishman Eoin Morgan came in and steadied the ship, helping the Thunder get back on track with an important 52 before he was caught in the deep by Mitchell Swepson.

Chris Green blasted three sixes off the final three balls of the innings to post a quick fire 22 from just six balls, as the Thunder regathered themselves to post a decent total of 7/157.

Just like Sydney did in their innings, Brisbane faulted with the bat early on as well, with Jimmy Peirson, Brendan McCullum and Alex Ross all falling inside four overs.

At that stage the Heat were 3/19, and Sydney's total was looking harder to reach by the ball.

While the wickets of Joe Burns (10), Ben Cutting (1) and Jason Floros (3) all fell around him, Lynn was the constant for Brisbane, and continued to lead the charge for the Heat despite falling to 6/63 at the half way mark of the chase.

Jack Wildermuth (29) combined with Lynn for a 50-run partnership, but Lynn just needed someone out there with him, as he was single-handedly keeping his side afloat.

The game was tight with just two overs to play, but both Peirson and Watson dropped Lynn - the latter dropping one of the easiest chances you'll see all tournament - in the final two overs of the innings, allowing for the Man of the Match to stroke a boundary for the winnings runs.

A clear Man of the Match performance, as Lynn was everywhere for the Heat. He kept them in the chase when wickets were falling around him, and his brilliant unbeaten knock of 85 also led them home at the death.

As Lynn's main partner in crime, Wildermuth put on a steady 50-run partnership with Lynn after Brisbane fell to 6/63, which kept the match alive for the Heat. Wildermuth also took the wickets of big hitters Ben Rohrer and Pat Cummins in the opening innings.

The match wouldn't have been that close had Morgan not scored his half-century in the opening innings. He came to the crease at a vulnerable time for the Thunder (2/13), and departing with 52 runs with his side at 5/112, which left his side in a much better position.