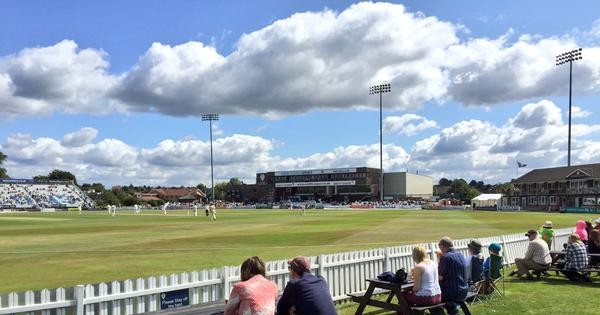 Australia followed up their 9-413 declared, with a solid performance with the ball, dismissing the home side for 259.

Mitch Marsh finished with figures of 4-41 off 15 overs, to further cement his spot in the test side ahead of dumped all-rounder Shane Watson.

Australia looked to be all over Derbyshire with the hosts at 7-129 after 46 overs. Tony Palladino then proved a thorn in Australia's side, as the No. 9 batsman blasted an impressive 82 off just 68 balls to help the County side reach a score of 259, 154 runs behind the Aussies.

Australia then reached 0-95 at stumps on the third and final day of the tour match.

Shaun Marsh scored an unbeaten 30, before retiring, to cap an impressive match, after his unbeaten 101 in the first innings.

Captain Michael Clarke promoted himself up the order to open alongside Marsh, for some much needed time in the middle . Clark (44) and Voges (16) remained not out at the close of play.