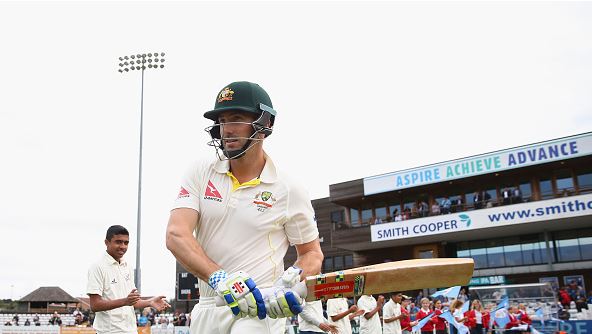 Marsh has been in fine form this tour, despite not playing a Test. The 32-year-old has scored centuries in both tour matches he has partaken in since arriving in England and he is widely tipped to come into the Australian side following England's demolition of the tourists in the third Test.

"People can have the potential and have the outstanding talent, but it doesn't necessarily mean they're a run-scorer.

"Shaun's just got to the stage where he's really comfortable with his game and he knows how to score runs, and now he's turning it into hundreds.

"There's someone who's ready to go.

"He was probably unlucky to miss out at the start of this tour but that's the way the selectors go.

"The pleasing thing from my point of view is that every time he's had an opportunity here in tour games he's scored runs."