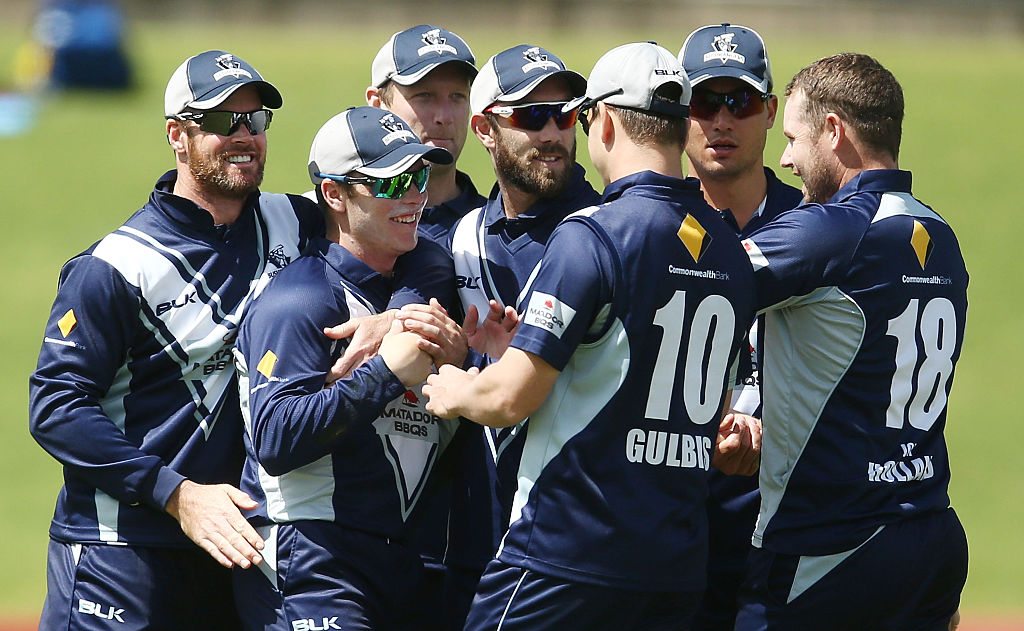 The Bushrangers secured a double-bonus point win over the Cricket Australia XI on Tuesday after cruising to a four-wicket win.

The six-point win was secured as Victoria chased the target inside 25 overs, and their batting charge was led by the openers.

Marcus Harris top scored with 36 and Cameron White managed 29, but the Vics encountered slight trouble when they found themselves on 6/128.

Evan Gulbis steadied the ship with an unbeaten 25 and helped the Bushrangers jump into second spot on the points table.

The Blues were bowled out for 208 with just under two overs left, and the Redbacks started their innings strongly and followed it through for their entire chase.

Cameron Ferguson top scored with 73* and was helped by decent displays from Tom Cooper (47) and Alex Carey (43).

South Australia moved up to fifth with the result, as the Blues are currently languishing in the second-last position on the standings.

A century from Bushrangers opener Cameron White helped Victoria chase 210 with relative ease on Thursday as Peter Siddle made his long awaited return.

The paceman made his first appearance of the summer following ankle surgery and finished with handy figures of 1-19.

The Tigers limped their way to 210 via 87* from Alex Doolan, but they were unable to impress with the ball either as Victoria started their innings in impressive form.

Cameron White and Marcus Harris combined for 122 runs before Harris was caught on 64, and White was joined by Glenn Maxwell and Peter Handscomb en route to an unbeaten 117.

The bonus-point win helped Victoria climb into second position on the table, and sit just one point short of Queensland.