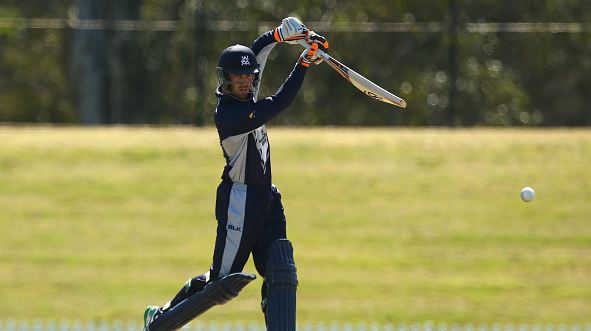 Lehmann hasn’t been afraid to put Maxwell on notice via the media in the past, and he was at it again last week following Victoria’s Matador BBQs One-Day Cup loss to Queensland.

"He's exciting, but we have to see him be really hungry to make big runs," Lehmann told 6PR radio.

"Take the example of his (Matador Cup) performance on Friday. He was out caught at deep third man, where the wicket was low and slow.

"He really could have played a technical innings, which we know he can do.

"He's been brilliant for us over the last 12 months in the one-day format.

"But again, it's a case of him taking his game to the next level in the longer format."

The 27-year-old admitted he spoke with the national coach about the remarks during the two-day red-ball training camp at Hurstville Oval in Sydney this week.

"I had a chat to him yesterday and it’s all good," Maxwell said.

"He has a couple of snide remarks every now and again. He doesn’t mind having a dig at me, which is fine.

"He knows I take it pretty well and I challenge him back. It’s a good relationship we have.

"He’s always driving me to be better and he wants me to be playing all three formats.

"It’s nice to be thought of that way. I’ve just got to make him pick me and then hopefully I can show him out in the field."