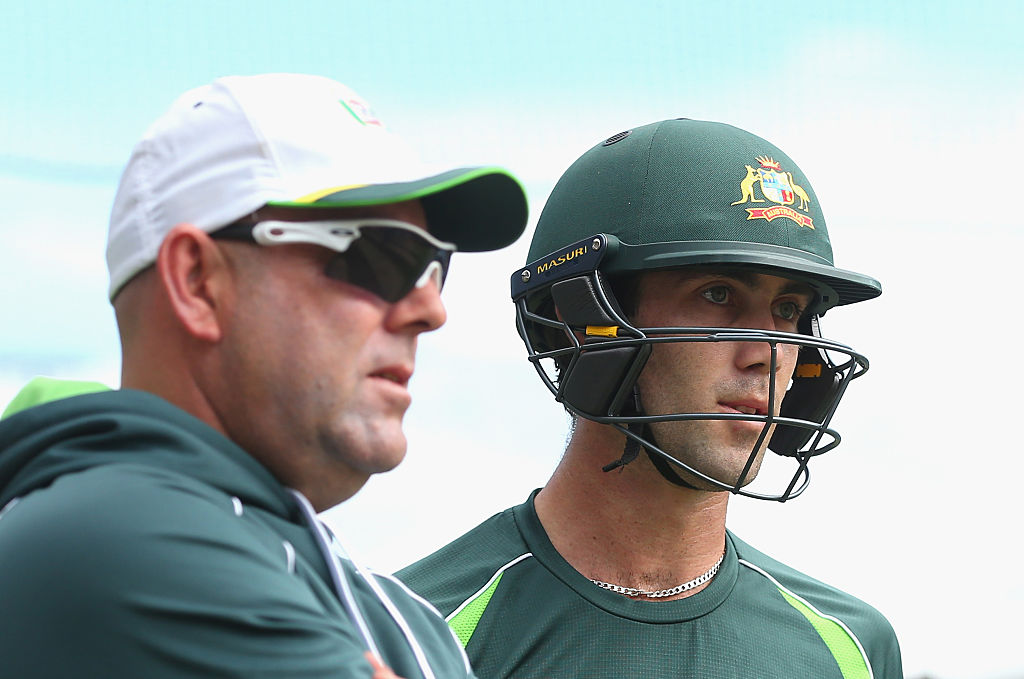 Australia coach Darren Lehmann has praised Victorian Glenn Maxwell for the way he's acted after he was fined for comments he made about state and international teammate Matthew Wade.

Maxwell was fined by Australian skipper Steve Smith after the allrounder said he was upset that he was batting behind wicketkeeper-batsman Wade in the Victorian line-up.

Despite missing the first two games of the current three-match ODI series against New Zealand, the 28-year-old has been upbeat over the past week, prompting Lehmann to praise Maxwell's response to the indiscretion.

"He's been fantastic, full credit to him, the way he's handled it and the way he's been around the group and getting prepared to play each and every game," Lehmann said.

"We've named the team quite late both times because we've only got down to the ground just before basically, so it's been a late call.

"For him, he's just got to be ready to play, as we say to all our squad members. If he gets his opportunity, away he goes."

Lehmann also didn't rule Maxwell out of making an appearance during the final ODI at the MCG on Friday, as the home-ground advantage may play in the Victorian's favour.

"Once we see the wicket we'll have a better idea. Everyone is a chance."