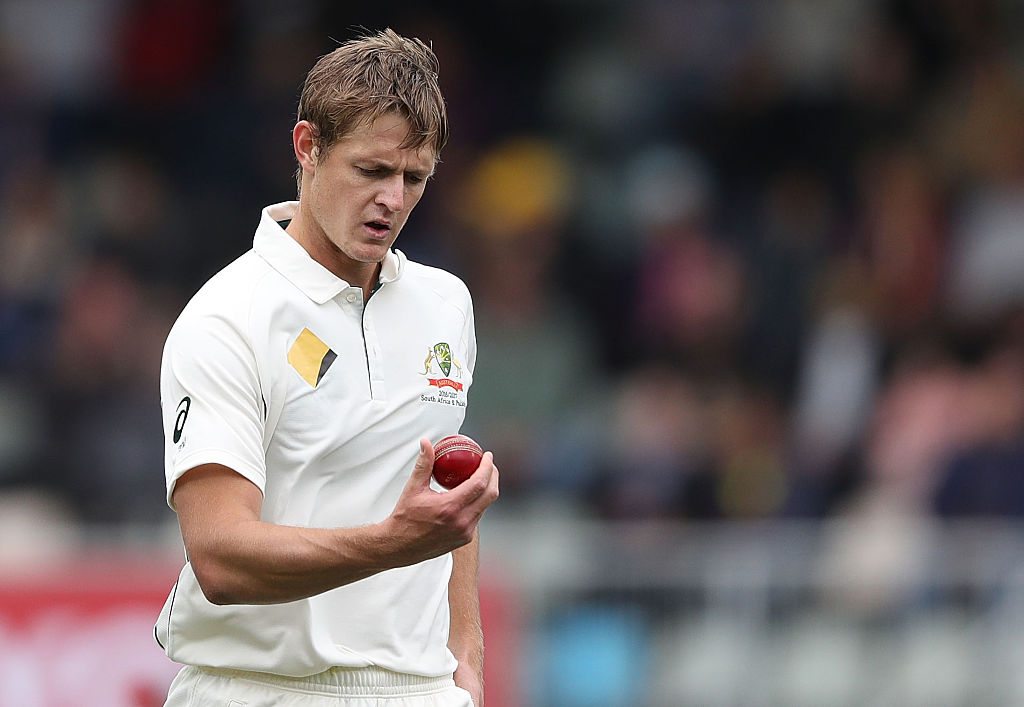 Last Saturday fast bowler Joe Mennie was preparing to bowl his first ever over in a baggy green in front of thousands of people at Bellerive Oval, and millions of people watching across Australia.

This weekend, Mennie will pull on the whites of the Adelaide University Cricket Club, after being given the go-ahead to play grade cricket by Cricket Australia.

Josh Hazlewood and Mitchell Starc have been told by CA to rest this weekend, although as the other fast bowler in the side, Mennie has chosen to join the rest of the squad in getting back out onto the pitch over the weekend.

While most players went back to Sheffield Shield action, Mennie decided to go back to grade cricket, as the 27-year-old tries to manage himself before a possible third Test against South Africa.

Unfortunately for the New South Wales native, Mennie's spot in the Test side is under threat, following a less than impressive 1-85 in the second Test against South Africa.

Other Test hopefuls like Jackson Bird and Chadd Sayers are pressing for selection, but Mennie hopes that a bit of extra practice this weekend will see him reinstated in the line-up.

“It’s great to have him playing for us, we’re really proud of the way he’s developed as a player and above all he’s a good person to have around the group,” Adelaide University coach Cameron Borgas told foxsports.com.au.

“It’s definitely a big boost. Joe’s a really good contributor and even outside his batting and bowling, he shows good leadership and the guys get a real boost out of playing with him.

“We’re thrilled to see him have the success he’s had.

“He beat the bat quite a bit and showed some good signs so I think it was a steady debut. Obviously he’ll be looking to do better both individually and as a team next game.

“I was very impressed when we had him last season, he bowled extremely well and early on you could tell he had taken his game to a new level.”