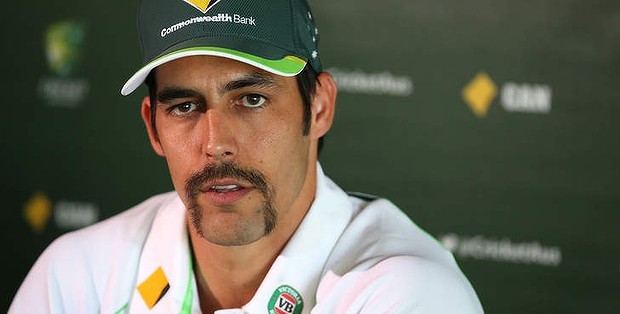 Former England fast bowler Steve Harmison believes Mitchell Johnson can get back to his best at Lord's.

The former England bowler said that the mental scars Johnson inflicted on the English players in the 2013/14 Ashes series still remain, with Harmison tipping the strike bowler to find his form and once again tear through the English top order.

"I don't think the mental scars (suffered by) some of the England lads have gone totally," Harmison wrote in his Daily Express column.

"If Mitch gets hot he can rip through four or five in half an hour.

"If he bowls on a wicket that suits him he is going to be a handful.

"This was the bowler who took 37 wickets at next to nothing apiece Down Under and left some of England's batsman with nightmares they are still struggling to shake off.

"His bouncer will have more venom in it and he will ask more questions on the back foot.

"The England batsmen will be a little bit more wary coming forward."