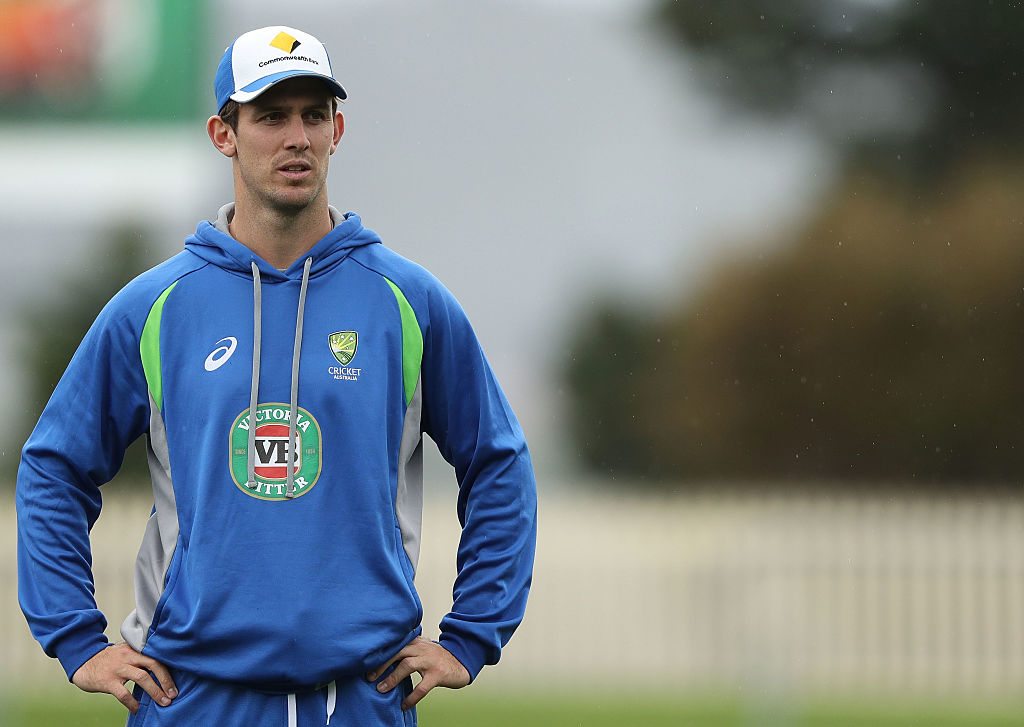 Australian allrounder Mitch Marsh wants to earn his way back into the Test team, but has admitted it not be until after the new year.

Marsh has resigned to the fact that he won't feature in the three-Test series against Pakistan that starts in Brisbane on December 15, and instead has focused on performing well with the bat and ball for the Perth Scorchers in BBL06 and Western Australia in the Sheffield Shield.

The 25-year-old was dropped after the opening Test against South Africa and was replaced by specialist batsman Callum Ferguson, signifying almost a changing of the guard at the No.6 position.

"I don't think the opportunities I've had in Shield cricket in the last month (warrant a recall) … I haven't scored any runs," Marsh said.

"I don't think they (selectors) will look at me.

Marsh has decided that getting on the front foot during games is the path he'll go down this summer, and his statistics certainly show that it's the best way for the Western Australian to play.

"In red-ball cricket over the last couple of years I probably haven't played my natural game; I've tried to be a batsman that bats time," Marsh said.

"But for me, I'm a hitter of the cricket ball, and probably over the next few months I'm going to bat like that and really back myself.

"I might get out in a few ugly ways at times but I feel like that's my best chance to score runs.

"One thing I've learned over the last month, when you're not scoring runs you tend to try to plan for things in the nets to try and make something work.

"But probably in the last week or two I've really tried to simplify that down to trying to watch the ball as hard as I can and let my natural ability take over.

"I've felt much better since I've done that and really just cleared my head."