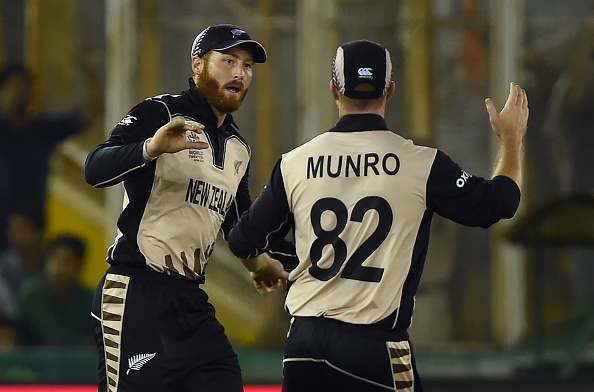 New Zealand have made it three wins from three matches at the world T20 championship with a 22-run victory over Pakistan in Mohali today.

That will put New Zealand into the semifinals, with only Bangladesh to play in their group, and although they remain alive, it puts Pakistan on the precipice of elimination.

Having put up a challenging 5-180, based on opener Martin Guptill's fine 80 off 48 balls, New Zealand would have had some early jitters as Sharjeel Khan went on a spectacular tear for Pakistan.

However they gradually subsided after his dismissal for 47 off 25 balls, finishing on 5-158.