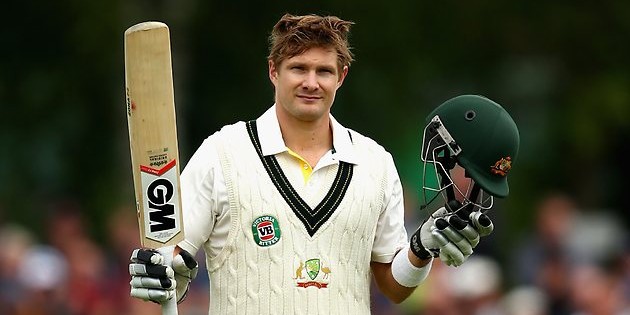 Now is the time for Shane Watson to repay the selectors for the faith shown in him, with the first Test delicately poised.

All-rounder Shane Watson is 29 not out heading into day three, with Australia delicately placed at 5-264, still 166 runs behind England's total.

The much maligned Aussie seems to have been granted more chances than most, thanks to his ability to both bat and bowl more than handy medium pace.

However, it often seems that he is picked more on potential than results, with a modest Test average of just 35.40, despite having stints as an opener and No.3 batsman, before more recently finding his home at No. 6 in the batting order. He has also scored just four Test centuries in 58 matches. His bowling is better, with 75 wickets at an average of 33.05.

He is perhaps about to play the most important innings of his career tonight, as he takes to the crease to try to dig the Aussies out of a hole. Australia are chasing a first series win in England in over a decade in the biggest Test series in world cricket. There is no better time for Watto prove his worth and endear himself to the Australian public than right now.

The first test is of vital importance to gain momentum and confidence for the rest of the series.

“I think we all desperately want to see Watto do well because we know how much he goes through and how much abuse comes his way,” Australian opener Chris Rogers said after day two.

“But he’s pretty good with it, he knows you’ve got to take the good with the bad and that’s what happens in international cricket.

“I don’t think he reads a lot of the papers or takes notice of what (the media) say, but sometimes I know it’s going to hurt as it does all of us.

“But hopefully he’s going to go out tomorrow and score runs and hopefully do it for the rest of the series.”

If he fails yet again, to be honest it will not come as a great surprise, however, it would surely finally be time to replace Watto with the young and improving all-rounder, Mitch Marsh.

Marsh scored back to back hundreds in the two tour games leading up to the Ashes as he pushed his case for a recall to the Test side in place of Watson.

There is no doubting Watson's talent, as he has proven many times in the shorter formats, however, time is running out for him in Test cricket, with too many mediocre scores to warrant further selections.

Let's hope he can deliver for Australia and help the tourists record a memorable victory to set up a successful Ashes tour.