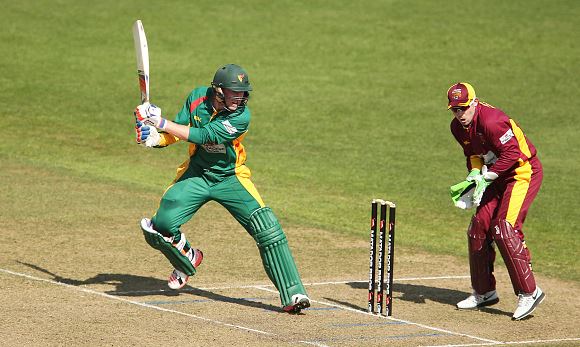 NSW and Tasmania have gotten off to the perfect start in the 2015 Matador BBQs one-day cup.

The Blues scored 3-338, thanks to Aussie skipper Steve Smith, who scored an unbeaten 143 from 122 balls. Opener Nick Maddinson also notched a century, scoring 108 from 120 deliveries.

In reply, the Cricket Australia XI suffered a horrendous collapse, to be bowled all out for just 59 off 24.4 overs.

Mitchell Starc was the chief destroyer, taking 6-25, while Sean Abbot took two wickets and Sandhu and O'Keefe took one wicket each.

Andrew Feteke showed why was selected for the cancelled tour of Bangladesh, taking 4-30, while Gulbis took 2-26. Rainbird, Bird, Faulkner and Doherty all took one wicket.

In reply, Tasmania reached the target with the loss of just one wicket, to reach 1-200 off 36 overs.

Tim Paine was the only man to be dismissed, losing his wicket on 39 off 53 balls.