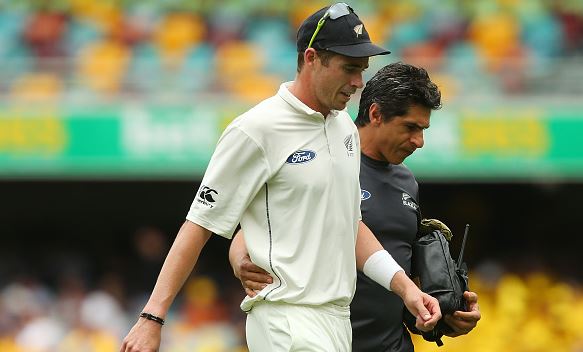 The crisis engulfing New Zealand in this trans-Tasman Test series has only deepened after fast bowler Tim Southee succumbed to a back injury after just one hour of play on day two.

The right-arm quick went for a scan on Thursday night but resumed bowling at the Gabba after it failed to show up serious damage.

However, his pace was noticeably down from the start of play and was eventually forced off the field in apparent discomfort. A New Zealand team spokesperson later confirmed Southee had an irritated disc, but had not yet been officially ruled out of the match.