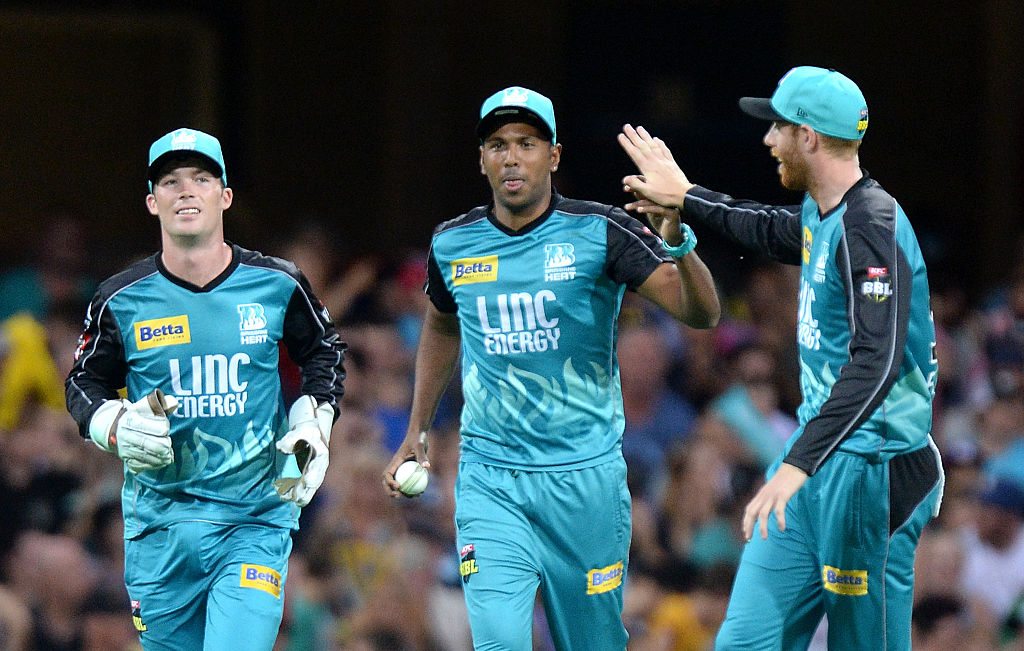 The Big Bash League have released their Extra Official BBL player rankings for the upcoming season, as Brisbane Heat players lead both the batting and bowling charts.

The official rankings were first released ahead of the BBL05 season, and the rankings were updated every week throughout the season to list the game's top players.

For BBL06 the rankings system will be updated weekly once again, but ahead of the new season, the top 10 batsmen and bowlers and the top five all-rounders have been ranked to give fans an insight into which players are the best in each domain.

Heat players Chris Lynn and Samuel Badree lead the batting and bowling charts respectively with Lynn on 47.6 and Badree on 29.9, and Sydney Thunder's Andre Russell is the best all-rounder at 21.6.

The Melbourne Stars have the most players represented in the top 25 of the game, as Kevin Pietersen, Marcus Stoinis, Michael Beer, Glenn Maxwell and Evan Gulbis all feature in either the batting or bowling lists.

The system is weighted based on previous and current performances, with the full explanation of the points system here.