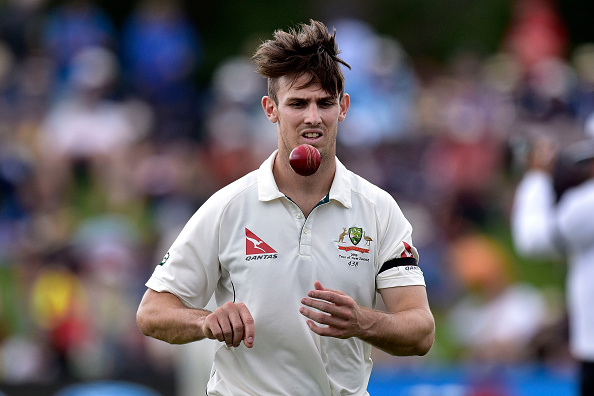 It seems like months ago now that the Australian squad for the upcoming Test series in Sri Lanka was named – because it was. May 24, to be precise.

While we have had a fairly interesting triangular series between then and now, everyone still keenly awaits the commencement of the first test in Kandy on July 26 at Pallekele International Cricket Stadium.

For Sri Lanka, a very ordinary tour of England has preceded their home series against Australia, so far failing to win from six outings across all three formats of the game.

However, fast bowler Josh Hazlewood has noted that the Sri Lankans will likely be a “very different prospect” at home as opposed to away.

True or not, the last time the Australians lost a test match in Sri Lanka was 1999. That, plus the number one test ranking ought to give the Aussies some sort of confidence going into the five match test series.

With one or two surprises in the test squad, what will each player be hoping to achieve or take away from the series?

Undoubtedly the best cricketer in the world right now, Steve Smith’s job as captain of the Baggy Greens is comparatively pretty easy to those who have come before. Entering his first test series against the Lions, Smith just needs to focus on leading from the front with his bat, which, when he does, the rest of the team usually follows. His average in a win with the bat is 81, which far eclipses that of a lost match, which is 28.6. If the captain bats well, it takes a tonne of the pressure off the rest of the lineup, and in Australia’s case, usually leads to a win.

The Australians are typically successful against Sri Lanka, as is David Warner. His batting average against them is a tad higher than his already impressive 50, and having now played eight seasons in the Indian Premier League, he is well attuned to the kind of pitches he will be facing. Warner will look at this as a good opportunity to regain some form and make some scores, having only managed one century in his past 10 innings. In the Aussies’ latest Test series in New Zealand, he was caught at times not using his feet or bat well enough, which in large part was why he could not manage a score higher than 22. At times, when Warner drops his focus, he does become susceptible to these kinds of dismissals, when attempting to speed up his innings with a quick four or six. As long as he regains his focus on the turn heavy pitches of Sri Lanka, he will be fine.

Jackson Bird will have surprised even himself by managing to get a test recall in New Zealand, and he bowled like he did not want to let the opportunity slip again. His bowling across the Tasman slowly improved each innings, reaching a crescendo in Christchurch, taking 5/59. While he will face very different conditions in Sri Lanka, whom he mad his test debut against, if he gets another shot, he should look to build on this nice work and make it as hard as possible for the selectors to drop him.

Patience is one of the virtues that a young batsman may struggle with, particularly at test level. Ironically, patience is an asset with which Joe Burns is synonymous. The 26-year-old Queenslander has had to be patient for his opportunity at test level, and once he got it, it was patience and his prototypical snails pace scoring which saw him tally his career best of 170 from 321 balls against New Zealand in Christchurch. It was fitting then that it was the lack thereof that saw him depart for 35 the innings afterwards. Patience is even more of a necessity on a Sri Lankan pitch. Let’s hope we see so more of it from the young opener in what is likely his biggest challenge thus far in his test career.

People have been calling for Nathan Coulter-Nile to make his test debut for a long while now, and it seems as though he may finally get that chance against the Sri Lankans. Ideally, a test series against a smaller nation with less pressure on is when a player would prefer to make his test debut, but there’s no doubt Coulter-Nile will still be feeling it when he likely strides out onto the pitch for his debut. Called “one of the three or four best fieldsmen in Australia” by selector John Inverarity, NCN need only worry about enjoying his test debut – it only comes around once, and it’s one of the more joyous moments in a test cricketer’s life.

Josh Hazlewood: Keep the pitch in mind, but do not let it stay there

As one of the more inexperienced cricketers going to Sri Lanka, Josh Hazlewood will need a bit of a hand. In fact, apart from the small handful of twenty20s he just played at the World T20, he has not played any international cricket in Asia. Not every visiting player adjusts the same on Asian pitches – especially not fast bowlers. Hazlewood should keep this in mind, as should his more experienced teammates, and help him adjust to the pitch in any way they can. However, as much as he should keep it in mind, it should not stay there and fester. A talented young bowler, Hazlewood has shown his strong ability to take wickets, and he needs to back himself in Sri Lanka to succeed.

Moises Henriques was one of the surprise inclusions of the test squad, and over a five test series against the number seven ranked team in the world, you’d imagine he’d get a shot. There is actually precedent to this selection – Henriques has enjoyed some mild success on the continent in his three previous test matches, including a 68 and an unbeaten 81 on debut in India. As long as Henriques trains hard and plays equally as hard when he gets his opportunity, he shouldn’t fail. What’s more, it’s good to see the selectors broadening their vision a bit when form warrants a recall.

The Baggy Greens have always been a tight fielding unit, which is why Usman Khawaja usually features as the weak link in the chain. This was never more evident than in the West Indies tri-series last month, when he dropped two very gettable catches against the hosts in St. Kitts. Khawaja was relatively unfazed by the defensive lapses, pointing out that he’s “not the first person to drop a catch” and that he would “try and move on as quickly as possible”. Australia can only hope this is the case, as a dropped catch in an important test series away from home may have a potentially far larger mental effect.

No one will need to mention this twice to Nathan Lyon; he’ll have had this series circled on his calendar for a good while. Of course, it was in Sri Lanka where he made his test debut, and it was in Galle where he took his first test wicket with his first ball - the great Kumar Sangakkara nicking one of Lyon’s balls to the slips. He would go on to take five-for that match, and he will have eagerly been awaiting his return to Asia, where he has taken the most test wickets outside of Australia. Lyon will not let this chance pass him by.

Despite the quality of the Australian batting lineup, not a lot of them have batted on Sri Lankan pitches at test level before. Shaun Marsh has. In fact, it was the older Marsh that made 141 and 81 there in Colombo on test debut. Not managing to play in the ODItriangular series would’ve been disappointing, but some decent showings for Kings XI Punjab in the IPL would’ve done well to readjust Marsh to batting in Asia. Let’s hope his second trip to the island nation is as fruitful as his first.

If you didn’t watch the West Indies tri-series, it can be summed up in two, six ft four words: Mitchell Marsh. In the lead up to the final, he smashed an unbeaten 79 against the West Indians, and in that final, was chosen over the previously “undroppable” James Faulkner as the Aussie’s all-rounder. Marsh came in to bat at 120 for 3, when the ship did require some steadying, and managed 32 off 45 balls, but the magic show really kicked in during the Windies’ chase, when he went for just 1 run in his first couple of overs before taking three important wickets in his next three. While it is no secret the younger Marsh is not as proficient at test level, this spike in confidence will be important to ‘Bison’ beginning to discover his true potential in the longest form of the game.

It’s that old cliché we are all so attuned to now: catches win matches. As true as this is for all players out in the field, it is no truer than for the wicketkeeper. Whilst Nevill is in decent form with the gloves, he is yet to make an imprint on his test spot with the bat, with just two 50s so far in his test career. This may be of more concern for other wickys around the world, but with the imposing batting lineup in front of Nevill, it is of less importance.

Steve O’Keefe: Do your thing

It was clear that Steve O’Keefe was recalled to the Australian test side due to his specialisation on the kind of pitches we are about to see. Four of his seven test wickets have come in Asia, against Pakistan, with the other three coming in Sydney – another destination where two spinners are commonly employed. O’Keefe’s propensity for a dry pitch has earned him his recall, and rather than perhaps resenting it, he must embrace it. It would take a lot to unseat Nathan Lyon as Australia’s number one spinner – far more than one impressive test series. Focus on going out there and doing you’re thing, like he does each year in the Sheffield Shield.

Mitchell Starc: Worry not of the occasion

Whilst not many will be referring to this upcoming test series as an occasion, a return test match after a stint on the sidelines is important for any cricketer, form and mentality considered. The last time Mitchell Starc was sighted in the test arena was the end of year tests against New Zealand in 2015, when he took 13 wickets through the three matches at a clip of 23.2. They say you’re only as good as your last match, and last time out, Starc was one of the best test bowlers in the world. Let’s hope he remembers it.

If there’s a hotter batsman than Steve Smith or Johnny Bairstow in test cricket at the moment, it would be Adam Voges. The man who once boasted a better batting average than Donald Bradman is still batting in the mid-90s at test level, proving that you’re never too old to be a test cricketer, giving hope to all those who are both long on the tooth and in good form around the country (that’s you, Michael Klinger). Voges cannot go wrong if he keeps doing what he has been his past 21 innings – using his experience and attacking where he sees fit.