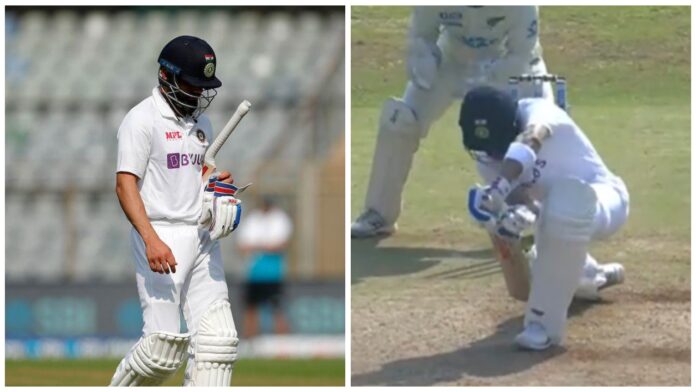 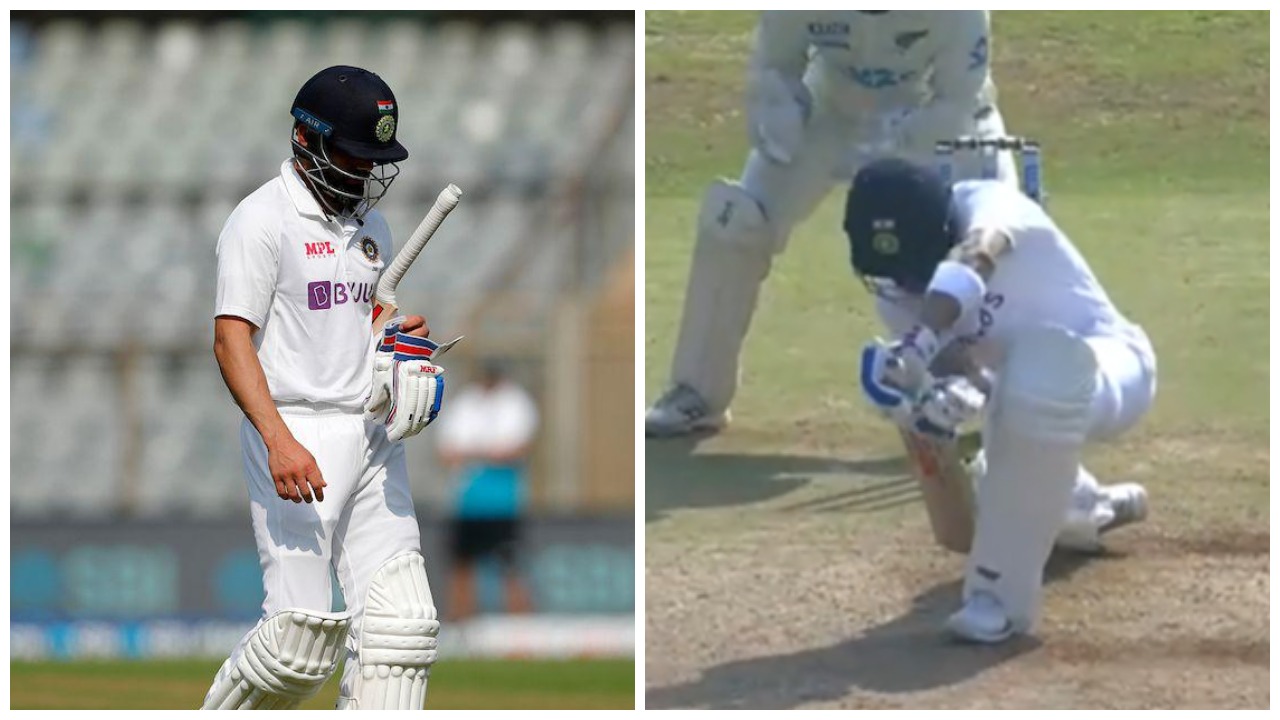 With India well on top during their first innings against the travelling Black Caps in Mumbai on Friday afternoon, Kiwi tweaker Ajaz Patel kickstarted a mini-collapse that saw the hosts lose three wickets without adding to their 80-runs already on the board.

While the eyewear sporting, finger spinner was good enough to have Shubman Gill nicking off and to take the top of Cheteshwar Pujara's off stump shortly after, it was the Bombay-born bowler's snaring of Virat Kohli that truly turned the tide.

Although Mayank Agarwal went on to continue his incredible run of home form with yet another tonne on Day 1 at the Wankhede Stadium, it was Kohli's dismissal that still had tongues wagging when play was eventually called off due to bad light.

Sure, seeing a batter of Kohli's class heading back to the pavilion without troubling the scorers is always enough to raise eyebrows - not least his - but the lack of concrete evidence provided to give him his marching orders had millions of viewers vexed.

In real-time, 'Chicku' was caught in front by a ball that shaped through the air and was swiftly given out by umpire Anil Chaudhary.

On closer inspection, Kohli's ubiquitous MRF branded bat was seen to make contact with the ball.

The question remains though - did the skipper hit the ball onto his pad or did Patel's delivery catch his front leg first?

Following lengthy deliberation from numerous angles, third-umpire Virender Sharma was unable to find 'conclusive evidence' to allow the sparse Mumbai crowd a chance to see their hero continue his innings.

Despite howls on social media and in the grandstands, former Kiwi paceman and match commentator Simon Doull claimed Sharma had made the correct call by the letter of the law.

“There was no conclusive evidence that the ball hit the pad first. So, I think the process was followed. The process was right,” Doull stated.

Former Australian spinner Brad Hogg also went in to bat for the officiators.

Kohli LBW not a howler which the DRS was implemented to eliminate. No conclusive evidence. Pressure the home umpires are under is enormous. Great respect for standing by there decision. If NZ had to review it not out would be the call, Some go your way some don't #INDvNZ #NZvIND pic.twitter.com/LnBpvCN3B3

Still, both Hogg and Doull were outnumbered by a pair of their English contemporaries.

Before India resume at 4/221, let us know which side of the fence you sit on - Was Kohli out or desperately unlucky?