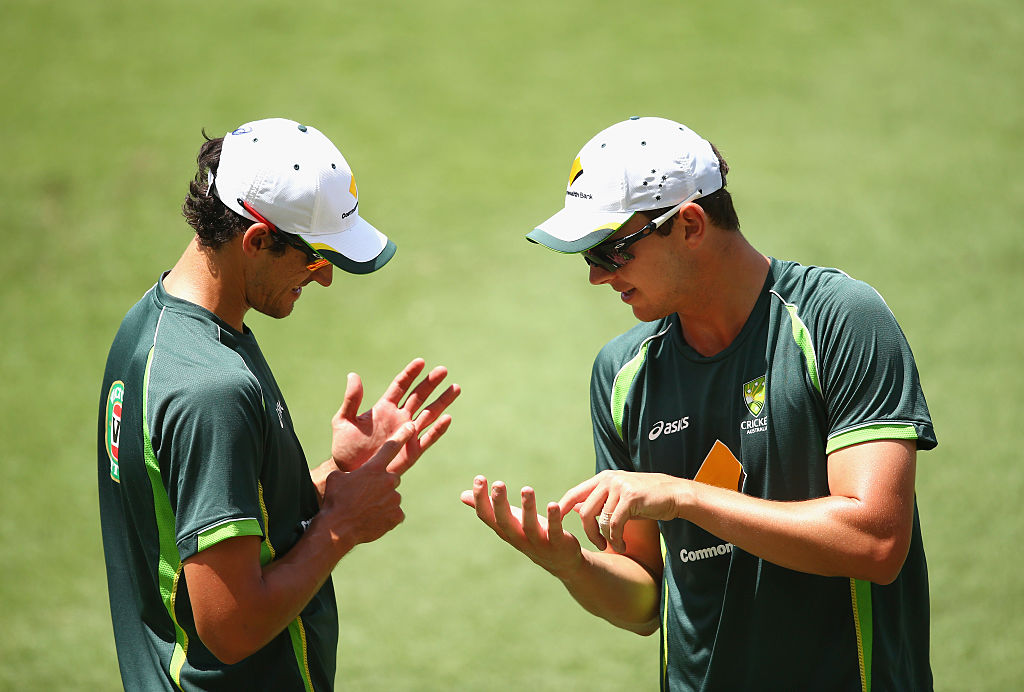 Australian fast bowlers Mitchell Starc and Josh Hazlewood are expected to play in all six Tests this summer according to coach Darren Lehmann.

The pair were rested earlier this year during Australia's 5-0 ODI series whitewash at the hands of South Africa, but while the break was criticised at the time, it now looks like it will benefit Australia in the long run.

Hazlewood was the leading wicket-taker in the Tests for Australia with 17 at 22.05, while Starc took 14 wickets and got better as the series wore on.

The New South Wales duo were both named in Australia's 14-man squad for the upcoming Chappell-Hadlee Trophy series against New Zealand, and Lehmann says they'll both feature "at some stage" throughout the three matches.

"We gave them (Starc and Hazlewood) a break so they should get through the summer, but we got in trouble for that," Lehmann said.

"There’s so much cricket all year round, do you learn your lesson along the way? You do.

"As long as they’re fresh and going OK there’s no problem playing them (in the ODI series against NZ).

"The advantage of them not going to South Africa is that Hazlewood is as fresh as a daisy.

"He’s going really well and bowled the best he as in the past couple of summers in this series.

"To get a world-class player like Hashim Amla out five times it was pretty special.

"For him, and doing the rehab and making sure he’s strong was important for him and Starc."