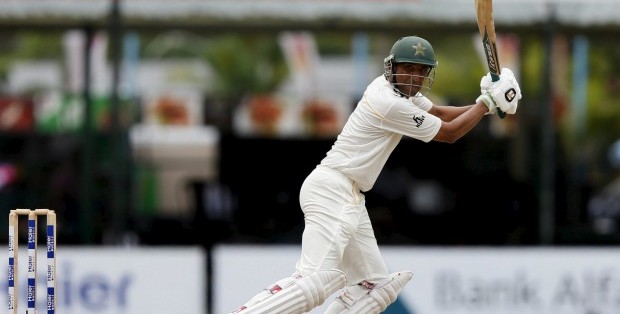 Pakistan has recorded an historic series win over Sri Lanka with a record breaking run chase in Kandy.

Pakistan resumed at 2-230 on day five, chasing a target of 377 for victory. The tourists reached the target with the loss of just one further wicket (Shan Masood, 125), on the way to a record breaking run chase of 3-382.

Younis Khan was outstanding, scoring an unbeaten 171, while captain Misbah-ul-Haq combined with an unbeaten 59, to round out a dominant fifth day dispaly.

The fourth innings run chase broke all sorts of records.

It was the sixth biggest successful run chase in Test cricket history. It was the first time Pakistan had won in Sri Lanka since 2006, after losing the last three series in 2009, 2012 and 2014.

It was the first time in history that an away team has scored more than 300 runs in the fourth innings of a match to win in Sri Lanka.

Misbah said he was absolutely thrilled with the win.

"This is such a big victory for us," said a delighted Misbah.

"We had lost some Tests in Sri Lanka earlier because we panicked. We just wanted to bat calmly this time.

"This series win means a lot to me after we did not fare well in the last three series in Sri Lanka."