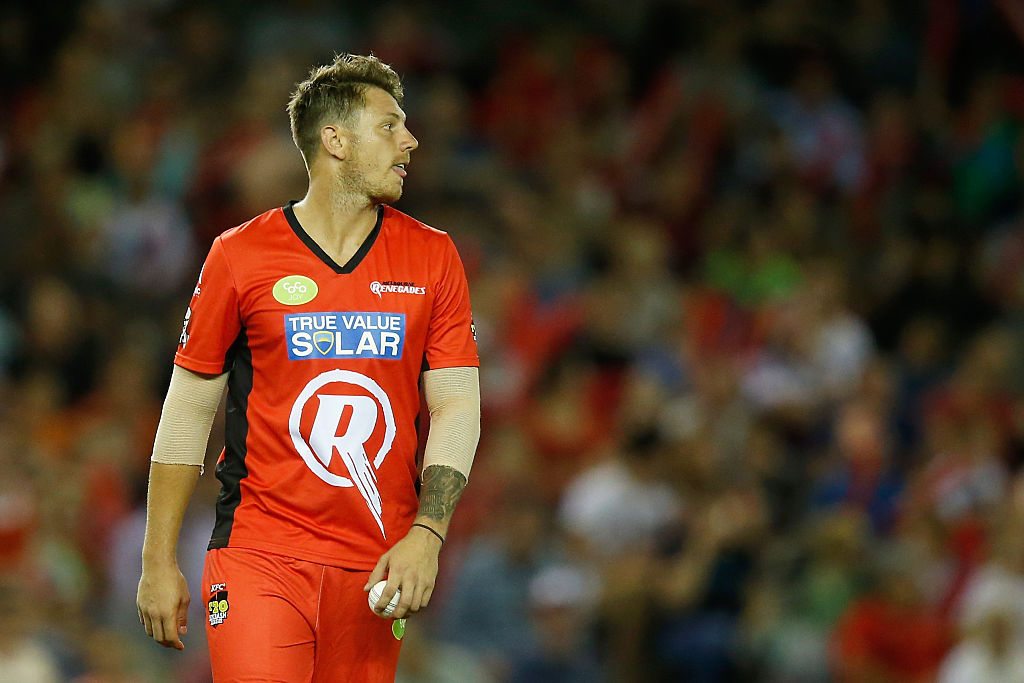 Pattinson claimed figures of 3/44 in his return against the Stars and bowled well for 0/36 against Sydney on Monday night, as he even took the ball in the last over but couldn't stop Haddin's side from securing the win.

"It was good to see James Pattinson back, he's been out a long time, he's a superstar of our game so I just enjoyed seeing him back," Haddin said.

"He looked quick at the start when the conditions suited him but it was a little slippery there at the end.

"I'm just glad that after a long lay-off he wanted the ball at the end.

"It shows great character from James to be out that long and want the ball when the game is on the line."

Rain threatened to stop play as the match wore on, with Haddin saying he "felt a bit like Bambi" as Sydney's innings came to a close with the heavy rain making the pitch a slippery surface.

"It was a bit nervous to see guys like James Pattinson bowling there at the end," he said.

"He's such an important player for Australia, after such a long layoff I'm just glad he got through in the end.

After Pattinson's positive return to Australian cricket, the question now inevitably turns to when he becomes available for national selection once again.

Haddin hopes to see Pattinson back in Australian colours soon, but says the tour of India is just too close.

"Nah [I don't think he should be playing in India], I'd just like to see Jimmy back playing cricket."

"I don't think we need to put any pressure on him. He needs to get some overs under the belt, he'll get back and play some (Sheffield) Shield cricket after (the BBL).

"I don't think he needs to be rushed.

"But it's just great to see him back playing. I don't think we need to be looking too far down the track.

"Let him do what he's doing now and enjoy this."