After walking away from the Victorian cricket setup to focus on family, James Pattinson has found a new home signing with Sub-District cricket club Oakleigh for the following 2023-24 season.

The news comes midway through the current year with Oakleigh delicately poised in the finals hunt, sitting fourth on the ladder under the guidance of newly appointed coach Matt Grace.

The 32-year-old has been out of the limelight following the mutual agreement with Cricket Victoria to terminate his contract, before Oakleigh swooped in to secure his services for next season. 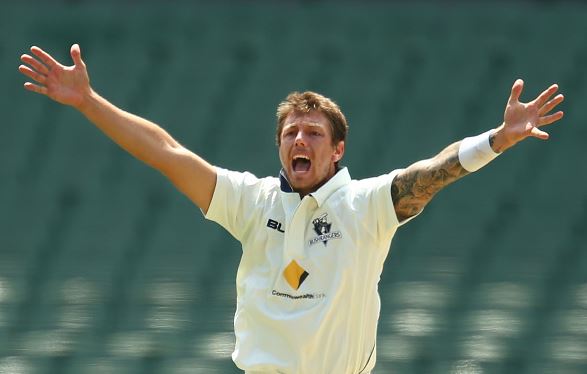 Pattinson makes the move from Premier Cricket side Dandenong, with reports from CODE Sports suggesting a close friend swayed his judgement in getting him to venture to the south-east side.

Oakleigh president, Peter Webb, made a brief statement commenting on the fast bowler's arrival, stating his pleasure to have Pattinson on board in what promises to be another successful year.

“To say we're thrilled is a huge understatement,'' Webb said, via News Corp.

“He's huge mates with our captain, Ryan Pearson, and he's keen to play some cricket with Ryan, one thing led to another, so he's an Oak next year."

“It should be terrific for our club and the Sub-District competition."

Pattinson is also set to lace up the footy boots over winter with Southern Football and Netball League outfit Doveton in 2023.