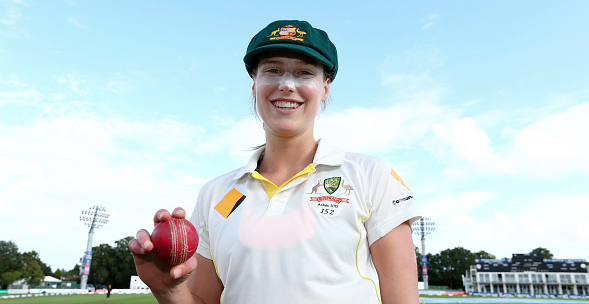 The Southern Stars have thrashed England in the Ashes Test by 161 runs thanks to a six wicket haul from Ellyse Perry.

Debutant Jess Jonassen backed up her impressive 99 in the first innings, with an important 54 off 72 balls in the second.

The home side was never in the run chase, as they were dismissed for 101 runs.

Perry claimed figures of 6-32 to finish with nine wickets for the match. Sarah Coyte and Megan Schutt each took two wickets.

Jonassen was named player of the match.

Australia now have an eight points to two lead heading into the three match T20 series. The Southern Stars only need to win one of the remaining three matches to win the Ashes.