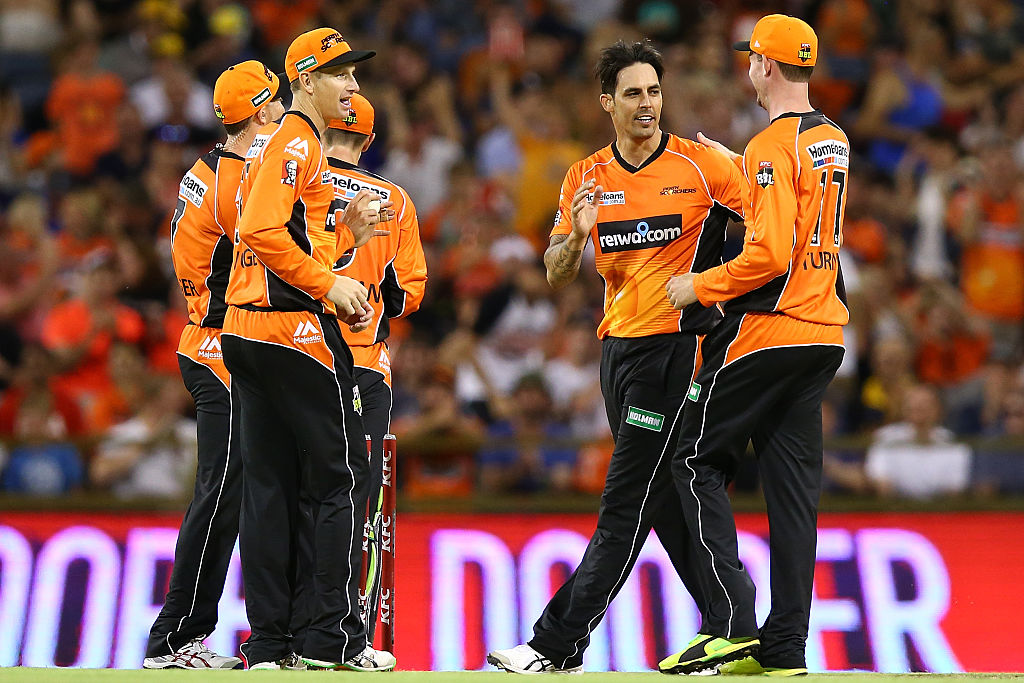 Former Ashes rivals Ian Bell and Mitchell Johnson led the Scorchers to a big win in their first games in BBL history, as the pair were at the forefront of Perth's victory.

After Michael Klinger was dismissed in the opening over of the match, Bell came to the crease and struck up 57-run partnerships with both Sam Whiteman and Mitchell Marsh as the trio got Perth back on track.

In his debut game Bell raced to a maiden half-century and top scored with a game-high 61 from 42 deliveries, before being run out by Jake Weatherald from close range.

The Scorchers were setting themselves up for a score of 180-odd, but Ashton Turner arrived to the crease with a different idea.

Turner smashed four sixes en route to a quick-fire 44 from 19, and a six with the final ball of the innings saw the Scorchers reach 7/197 to set Adelaide a tough task.

Adelaide got off to the worst possible start, as Ben Dunk sliced the ball to cover and straight into the hands of Klinger for a duck.

Weatherald and Travis Head then both went cheaply and the Strikers were up against it on 3/15 from four overs.

Skipper Brad Hodge posted a defiant 56 from 33 balls, but was bowled by Mitchell Johnson for his second wicket of the day, as a late burst from Kane Richardson with the bat (45 from 28) saw Adelaide limp to 9/149 from 20 overs, to ultimately come up 48 runs short.

There's no better way to mark your debut then to top score for your side in a winning performance. Bell slammed 61 from 42 deliveries and set the home side up well for the rest of their innings.

As Bell set them up, Turner knocked them down. His 19-ball 44 helped Perth elevate their score from an average one to a strong one, and Turner could do no wrong out in the middle.

A strong performance for his first ever Big Bash League game, as the wickets of Hodge, Kieron Pollard and Michael Neser saw Johnson return strong figures of 3-33 from his four overs.