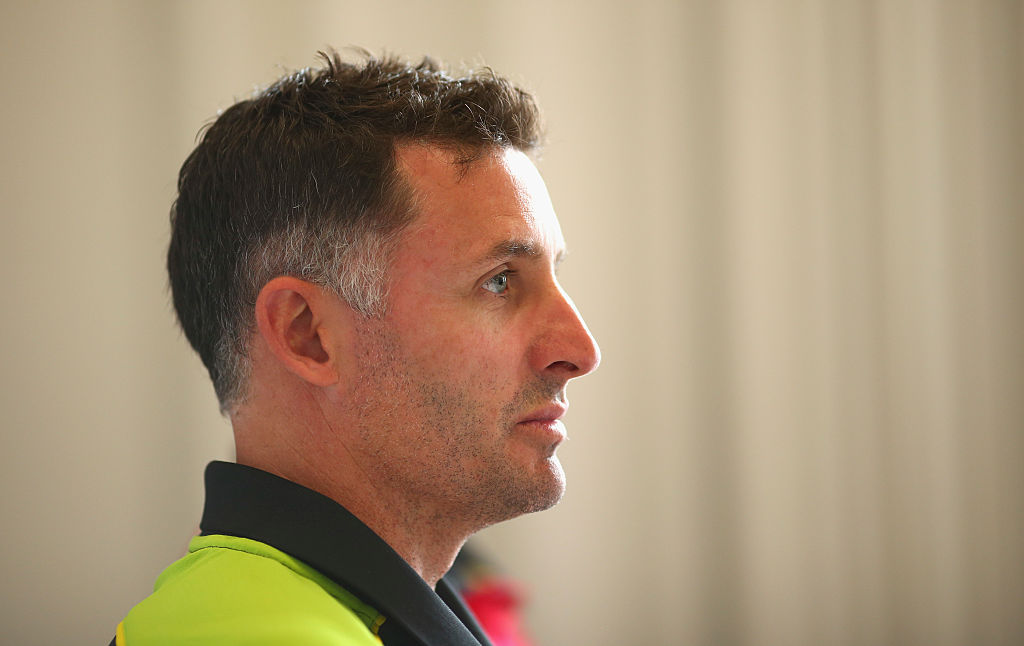 Former Test great Mike Hussey says the Australian selectors should pick the squad regardless of age for the third Test.

Up to seven spots will be available in the Test team ahead of the Adelaide match against South Africa, after coach Darren Lehmann said just David Warner, Steve Smith, Mitchell Starc and Josh Hazlewood were assured of their spots going forward.

After his century for Queensland on day one of the Sheffield Shield third round Usman Khawaja looks set to retain his spot at three, but players like Adam Voges, Joe Burns and Callum Ferguson are all looking likely to miss out in Adelaide.

“First of all, pick the very best XI players that we’ve got in the country, regardless of age,” Hussey told cricket.com.au.

“I want us to win the next Test match.

“In my mind that’s the most important because say if we lose again then there’s more and more talk about change then the confidence of the players will go down even more.

“The only way we can change the confidence of the players is if we start playing better, more consistently and we start winning games.

“So how do we win games? You’ve got to have the best players playing to start with.

“I certainly wouldn’t be looking at clearing everyone out, bringing in all the youngsters and making wholesale changes.

“If you’re picking guys who are not quite ready they’re going to be inconsistent with their performances and we’re going to lose more Test matches.”

While many Test hopefuls are trying to persuade the national selectors to chose them over this weekend's round of Sheffield Shield action, Hussey believes a quick fix isn't the long-term answer.

“We need to be prepared to play good, hard, basic disciplined Test cricket for long, long periods of time, whether that’s with the bat or the ball,” Hussey said.

“Show patience and discipline for long periods of time.

“We’ve got to look at every single ball as a contest whether we’re batting or bowling.

“Suddenly, you’ve won 100 balls and the team is in a better position.

“Then you win 200 balls and you’re in a winning position in a Test match.

“Then you win 500 balls and you win the Test match.

“We win the Test match, the talk in the press is a bit more positive.  Guys keep their place in the team and suddenly there’s a little bit more confidence there.

“But then we have to do that in the first Test against Pakistan.

“Start again. Focus on winning that very next contest.

“Then the selectors have confidence that the players can play consistently for long periods and win Test matches for Australia.

“In my mind that’s exactly what we need to do.”