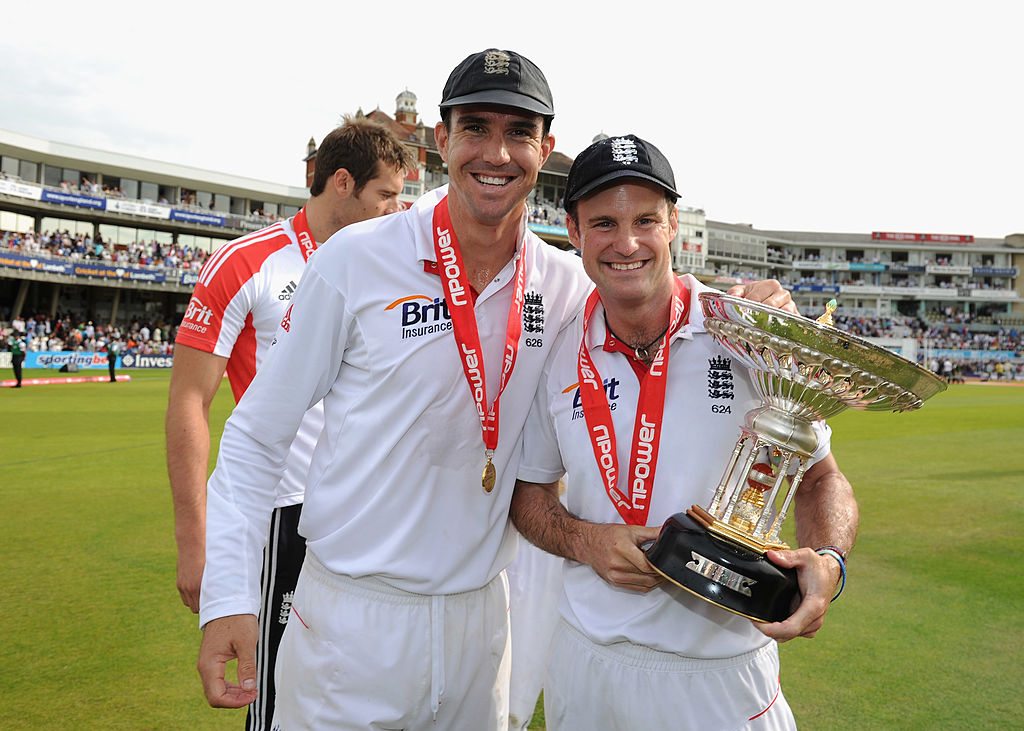 Former England batsman Kevin Pietersen says he's moved on from a feud with ex-England captain Andrew Strauss, and has given his former teammate the thumbs up for England's current success.

The pair have had a rocky relationship over their careers to say the least, culminating in a texting scandal that rocked the England side during a Test series against South Africa in 2012.

Strauss was named as England's Director of Cricket in May 2015 and almost immediately ended Pietersen's hopes of an international comeback, saying that a lack of trust meant KP couldn't get back into the side.

Fast forward to today and Pietersen has gotten over his personal issues, and complimented Strauss on what he's been able to achieve since taking the top job.

"He's actually doing a very good job for England. He's stuck to his principles and he's not deviated," Pietersen told cricket.com.au in a Q&A session with Glenn Maxwell.

"And England have done OK; they've won against Australia, they've beaten South Africa in South Africa and they've got a huge series right now against India.

"I think he's done an OK job. He's a current player and I like that about 'Straussy'. He's played over 100 Test matches and so he gets the modern-day thinking.

"He doesn't really get the shorter formats of the game because he hasn't played too much of that, but he does get the modern-day way, which I think is really good for a position like that.

"I'm thumbs up with Straussy. We've had our issues but everyone has issues with certain people. It doesn't bother me now.

"I live with a smile on my face all day, every day."