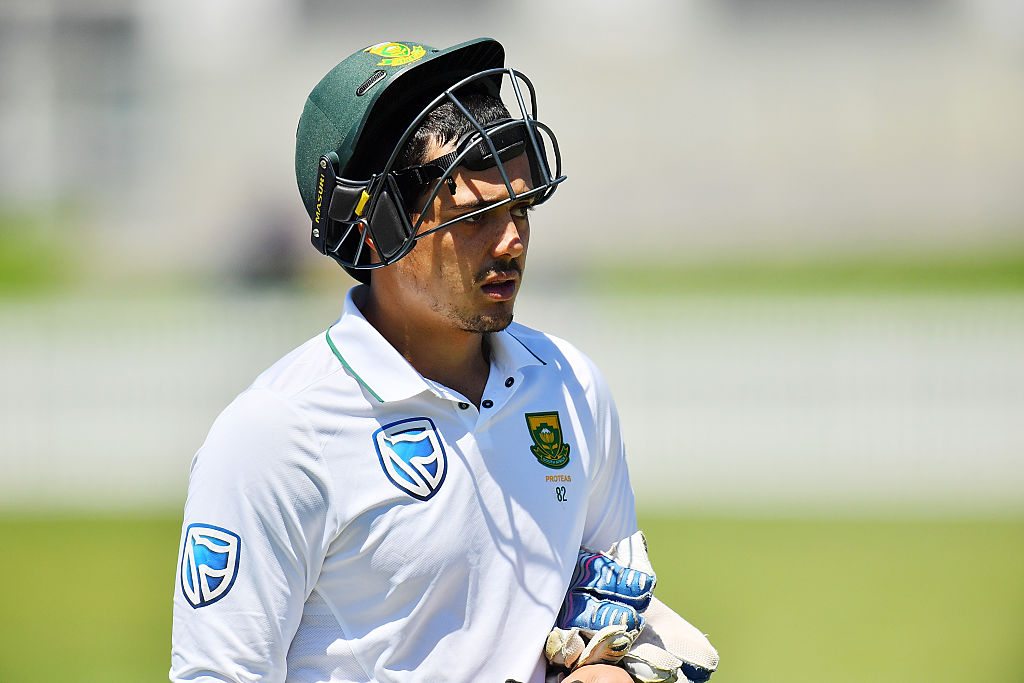 Former England captain and commentator for Channel Nine's coverage of the cricket Kevin Pietersen, believed Quinton de Kock should have opened the batting for South Africa in the first Test.

Before de Kock's impressive 84 on day 1 to steady the ship for the Proteas after a shaky start, Pietersen said it would have made more sense to have elevated the wicketkeeper to opener after a strong run of form.

Instead, Stephen Cook was dismissed with the fourth ball of the day which began a collapse that saw South Africa reach figures of 4/32 early in the first session.

De Kock came in with his side at 5/81 and top-scored for the visitors to help them achieve a defend-able total of 242, but prior to his innings Pietersen was questioning South Africa's batting order.

"I think the one thing South Africa should have done in this Test, he should have opened the batting," Pietersen told Wide World of Sports during lunch on day 1.

"When Warner comes out, he's going to whack it (and) de Kock could have done the same this morning.

Despite de Kock having opened the batting earlier in 2016 when he replaced an injured Dead Elgar - where he posted scores of 82 and 50 - wicketkeepers posing as openers is quite a rare sight.

Only 84 keepers have ever done it, with India's Deep Dasgupta (11 innings) the only gloveman this century to open more than 10 times.