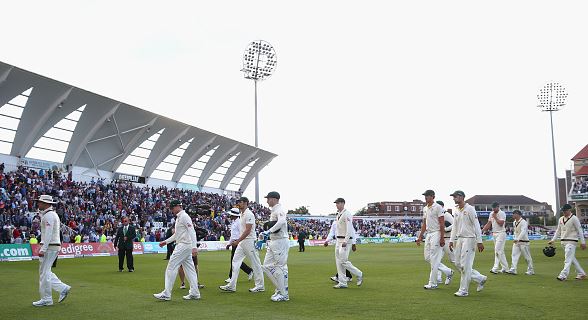 “I don’t know if they’re confused about the way they want to play. They shouldn’t be,” Ponting told ESONcricinfo.

“When conditions are like this you just have to find a way to get through. I just don’t think they’re defensive-minded enough. Mitchell Johnson probably left the ball better than the top-order players.”

Punter also questioned the decision to bring Shaun Marsh into the side at the expense of an all-rounder.

"It appeared to me that they were missing that fourth bowler already and it’s only day one."

"I mean you do have some crazy moments in this game but the performance in that first session, I think I'm still in shock," Border said.