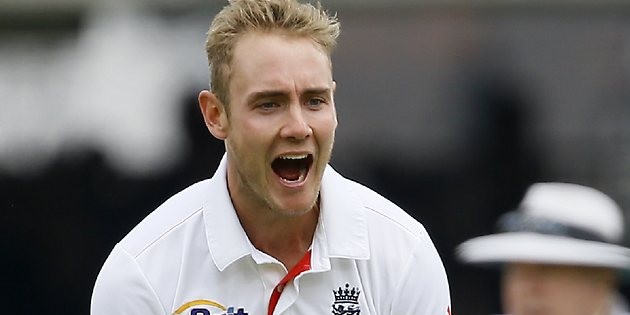 Despite English paceman James Anderson calling for an end to sledging, several former and current Ashes stars have taken aim ahead of the first Test in just over a week.

English striker bowler Stuart Broad says he believes Steve Smith's promotion to No.3 will help, not hinder England's chances of winning back the Ashes.

"It's an advantage for us with him coming in at No.3 with the Dukes ball in England," Broad said.

"If he comes in at five like Joe Root does for us, there's not many weaknesses there.

"But with the ball moving around in England, we know how hard it is to bat in that top three.

"I'm certainly not doubting the quality of him as a player ... but you have to have a very tight technique to bat in the top three against the Dukes ball in England."

"I didn't think he was a great player," Swann told The Gaurdian when he heard of Smith's ascension to the top of the ICC Test batting rankings.

"I still don't think he's got a great technique. He must have surprised himself, as well as everyone else, with his output.

"The trick for him is to try to keep that going. Whether he can, time will tell. I don't think he'll score runs at three if it's swinging.

"Weakness will emerge with Steve Smith. He's not like a Steve Waugh – a nugget with no obvious ways of getting him out. I hope for England's sake that he's a flash in the pan."

The mind games haven't stopped there, with King of spin, Shane Warne warning the English batsman to watch out.

"I reckon Michael Clarke and his team will carry on from the last series and give it to Jimmy and Stuart Broad," Warne told The Sunday Times.

"There isn't anyone in world cricket who doesn't know about Broad's concerns with the short ball.

"If you had your time again Stuart, would you really have fessed up in public about this?

"When either of those two bat the Aussie fielders will be like koalas round a eucalyptus tree."