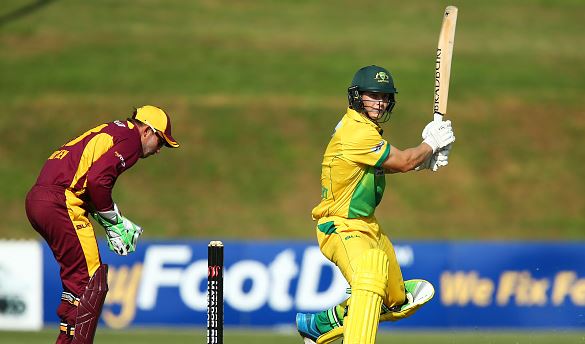 A heroic knock from youngster Hilton Cartwright was not enough, as the CA XI went down by 34 runs to Queensland in the Matador Cup.

Nathan Reardon top scored with 101, while Usman Khwaja (55) and Joe Burns (55) both notched impressive half-centuries, as they look to push their claims for a Test spot in the upcoming series against the Black Caps.

In reply, the Cricket Australia XI put in a brilliant effort with Cartwright leading the cause with an impressive 99.

However, he fell one agonizing run short of his century, being run out in the hunt for quick runs at the death.

He had handy contributions from Gotch (46) and Harris (34), but it wasn't enough for the youngsters to claim their second win of the tournament.