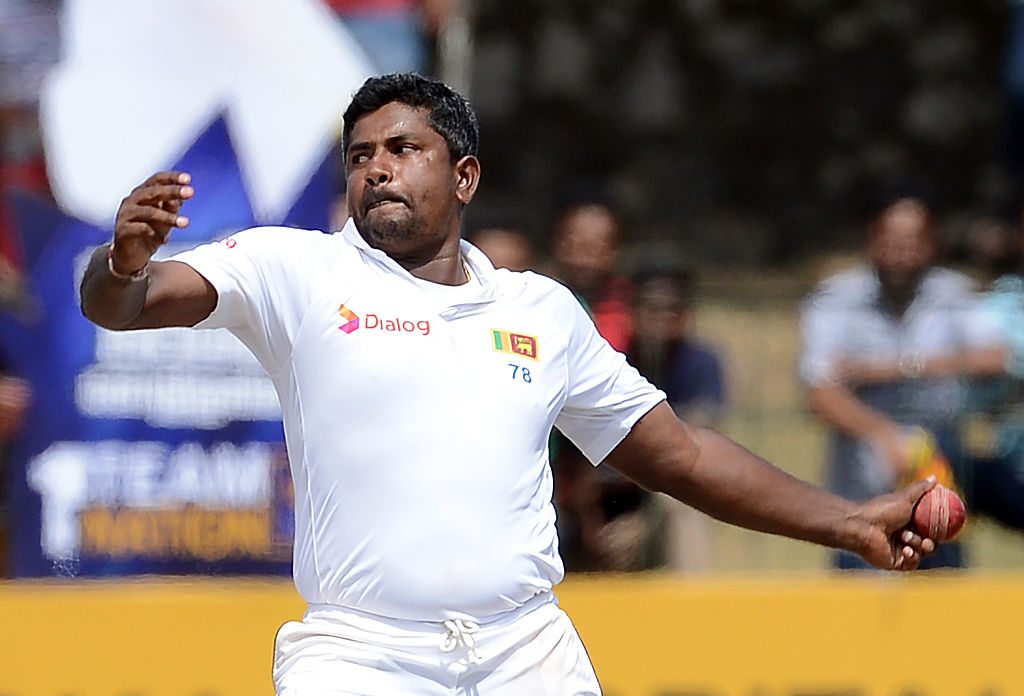 Sri Lankan spinner Rangana Herath became just the third bowler in history to pick up a five-wicket haul against all nine Test opponents when he recorded figures of 5-89 against Zimbabwe on Tuesday.

Herath helped his side bowl Zimbabwe out for 272 to give Sri Lanka a 232-run led in the first innings in Harare.

The 38-year-old had taken 26 five-wicket hauls in his 17-year Test career, but had never faced Zimbabwe until now.

His historic figures have put him in the record books alongside current South African quick Dale Steyn, and fellow Sri Lankan Muttiah Muralitharan.

"If you take my career until 2009, I had only taken about 40 wickets with no five-wicket hauls," Herath said.

"So if you take the last seven or eight years, I’ve done a consistent job for the national team. It’s a different sort of achievement, which makes me very happy."

Sri Lanka have put themselves in a commanding position with just two days of the second Test remaining, as they currently sit on 4/102 in their second innings with a lead of 334 runs.