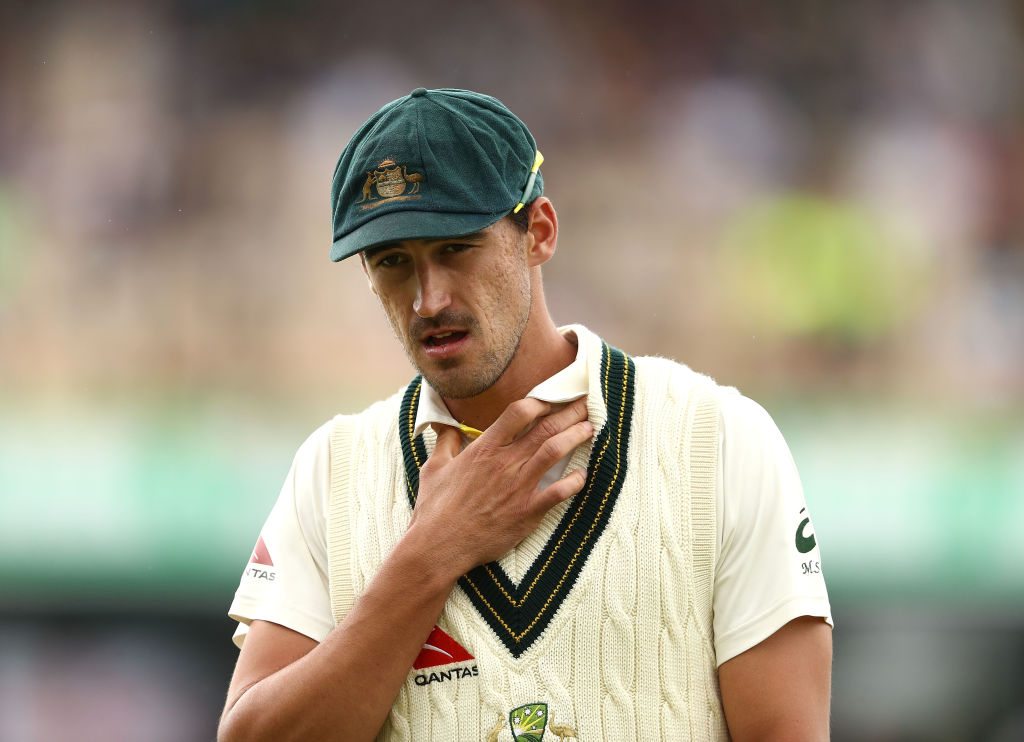 Riley Meredith has turned to Mitchell Starc for advice in his bid to secure a maiden baggy green.

Meredith recently made his Australian debut in the T20 series against New Zealand after a very impressive BBL campaign.

Having now signed with Punjab Kings for A$1.5 million in the 2021 IPL auction Meredith told cricket.com.au that Test cricket is still his long-term goal.

"Somewhere down the line I'd absolutely love to earn the Baggy Green and represent Australia in all three formats would be my ultimate goal," Meredith told The Unplayable Podcast.

"You see these guys who are doing it at the moment, Mitch Starc and Pat Cummins, those sort of guys and you want to be them, really, you look up to them and you try to copy how they bowl.

Meredith is a speed machine and has turned to fellow pacemen Mitchell Starc for advice. The veteran seamer has long been a constant in the test picture and Meredith believes he has found the perfect mentor.

"I've talked to Starcy about that (bowling flat out) a lot while we were in England as well," Meredith said.

"There's not many people who can bowl around 150kph so it's a weapon and you've got to use it.

"If you're bowling mid-130s you're not doing your service to the team.

"As he says, bowl as fast as you can and try and make something happen.

"He's an unbelievable cricketer, he's done it in all three formats and he's got a great brain.

"He's probably Australia's best-ever one-day bowler so to be able to bounce anything off him is great and you know he's more than willing to share his knowledge and give you tips he thinks you can be doing."

Meredith has long been a favourite of Australian leg-spinning legend Shane Warne with Warne always pushing the case for Meredith's inclusion in Australian squads.

Meredith will play for Tasmania in the Sheffield Shield against New South Wales which starts on Thursday morning.