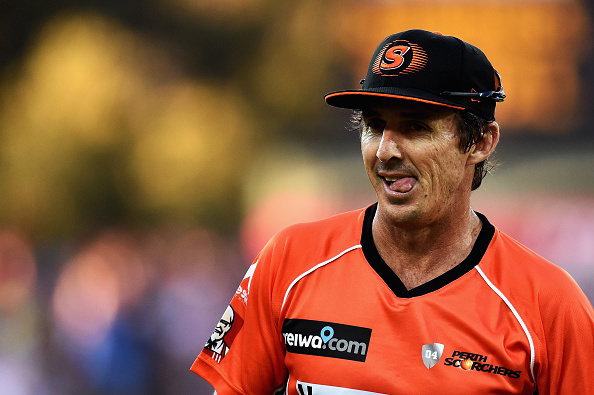 The Melbourne Renegades are considering a move for evergreen spin bowler Brad Hogg ahead of BBL06 and could potentially offer him a considerable pay hike to leave Perth.

It is understood the franchise is on the hunt for a wrist-spinner, and have discussed luring the uncontracted Hogg — who has spent his entire career in Perth — as a possible frontline option.

The 45-year-old snared six wickets at just 7.03 runs per over during BBL05 for the Perth Scorchers and boasts a career T20 economy of just over 6.5, but is yet to be offered a new deal for BBL06.

Although it is not unusual for Hogg to re-sign just before a BBL tournament, there are added complications this year — notably the Scorchers’ desire to accommodate retired Test star Mitchell Johnson in their already crowded salary cap of $1.4 million.