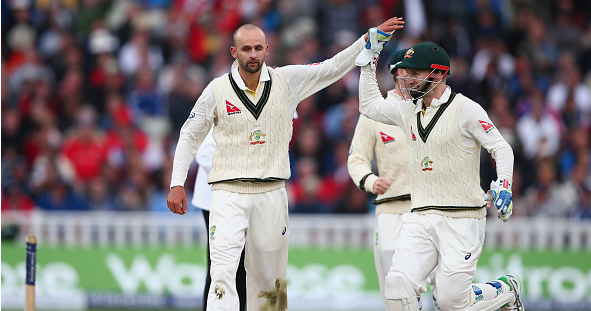 Ashwin has credited Lyon for helping him to change his approach to bowling in English conditions.

"I really like some of the aspects of Nathan Lyon, not just technically," Ashwin said.

"The last Ashes ... when he came to England he changed his action quite a bit. He was getting really side on at the crease and producing some kind of momentum at the crease. That was a different change.

"That's something he did and I started admiring him for that.

"I think he's a fine off-spinner, he's got everything right now.

Nathan Lyon is currently the world No. 3 Test off-spinner, one behind Ashwin.