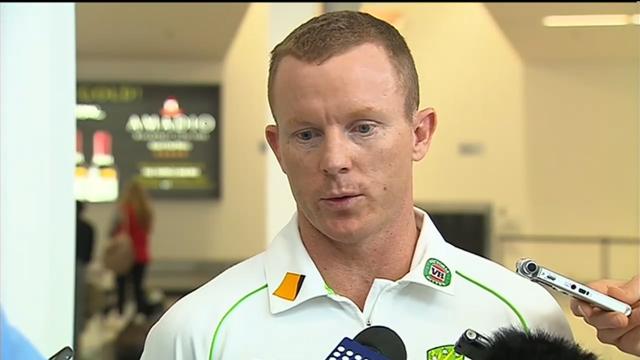 Veteran opener Chris Rogers remains in doubt for the Second Test against the West Indies due to concussion suffered in the nets last week.

Concussion symptoms still remain for Rogers, who was ruled out of the first after he was struck on the helmet by a net bowler three days before the match.

It was expected that Rogers’ symptoms would subside a few days after the incident; however, the 37-year-old is still feeling some effects of the blow.

Team doctor Peter Brukner said that it was still early to make a call.

"Chris is still experiencing some symptoms of concussion and the plan is have him take it easy another few days," Dr Brukner said.

"In regards to his availability for selection for the second Test it's too early to say at this stage."

The Second Test starts on Friday at 1am, Australian East Standard Time.