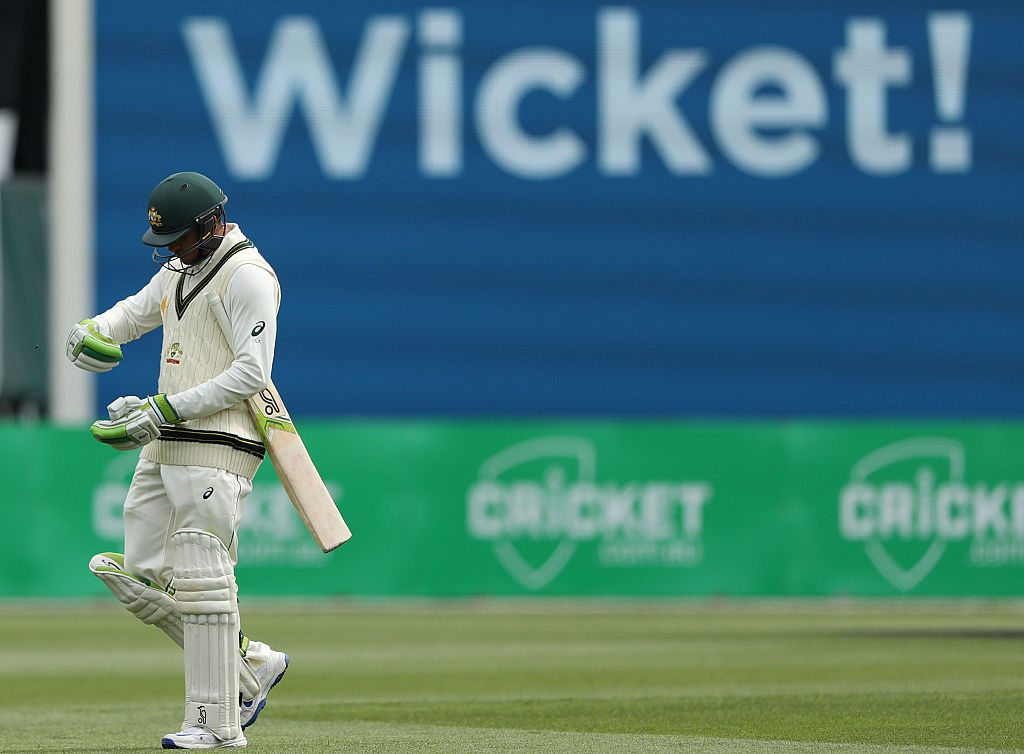 Former Test openers Chris Rogers and Simon Katich believe wholesale changes need to be made to the Australian line-up for the third Test in Adelaide next week.

The pair agreed that Steve Smith, David Warner, Usman Khawaja, Mitchell Starc and Josh Hazlewood can be assured of their places for the third Test, but any other position is up for grabs.

"It's unbelievable that these collapses keep happening. You expect fight and it's just not happening," Rogers said on ABC Grandstand following the collapse on the morning of day four.

"There will be some reactions here. I can't see this being anywhere near the same side for the next Test," he added.

"I know some will say you've got to give them more than one Test (but) I know some very good one-Test players.

"It's whether you just start again, go with a clean sheet, write down those five names (Smith, Warner, Khawaja, Starc, Hazlewood) and go again."

Katich echoed Rogers' sentiments and also let fly on Australia's batsman, saying they had been exposed by the sheer brilliance of the South African attack.

"There are still four Tests to come this summer, and this is on the back of what happened against Sri Lanka (where Australia were beaten 3-0)," he said.

"People expect it to be hard for the Australian cricket team away from home, but this has happened in our backyard, our fortress.

"All of a sudden this batting line-up has been ruthlessly exposed.

"There is a lack of confidence, a lack of belief. I'm blown away.

"We shouldn't perhaps be as surprised given the amount of collapses we've seen these past few years but to witness that this morning was very, very disappointing.

"The South Africa bowlers have exposed their technique yes, but it's there mindset that has been really exposed today, and ruthlessly."